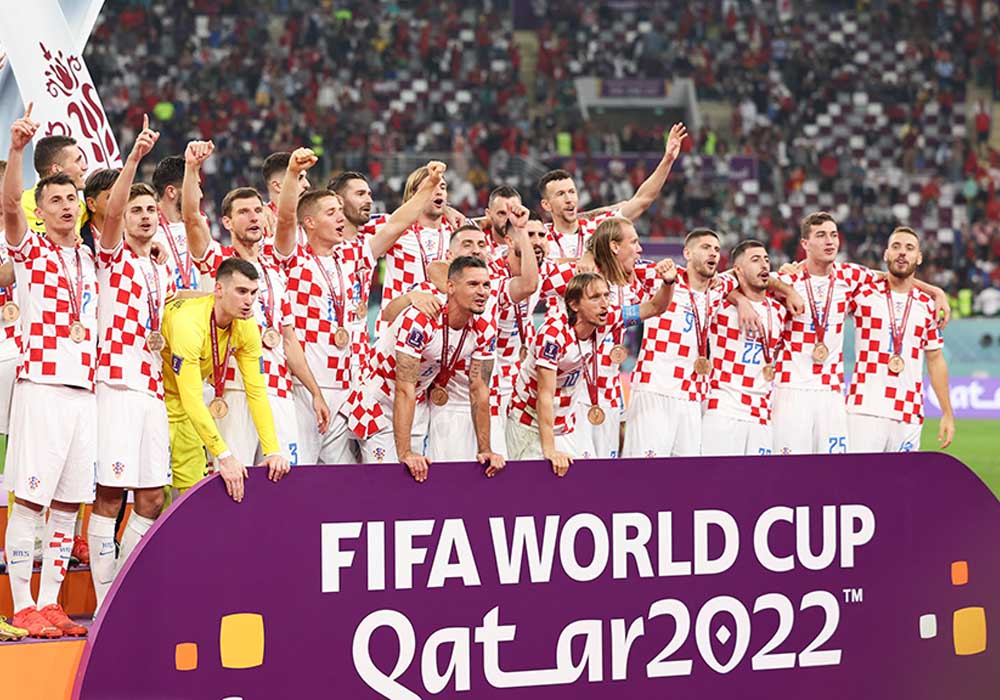 Croatia beat Morocco 2-1 in the World Cup third-place playoff on Saturday to leave Qatar on a high after the European side failed to reach a second consecutive final.

A bronze medal may have served as nothing more than consolation after both sides endured disappointment in the semi-finals, but Croatia and Morocco looked eager to make amends after losing to Argentina and France respectively.

Moroccan fans have turned up in massive numbers to support their team in Qatar and Saturday was no different as they jeered the Croatian players whenever they had possession, their whistles echoing inside the packed Khalifa International Stadium.

That did not deter Croatia, however, who started the game on the front foot and took the lead in the seventh minute through a cleverly worked set-piece.

A cross floated into the box found Ivan Perisic who expertly headed the ball into the mix where the masked Gvardiol bravely dived in for the header to silence the Moroccan contingent, albeit briefly.

Two minutes later, Morocco responded at the other end with a set piece of their own when a cross came off Lovro Majer s head and looped into the box where an unmarked Dari beat the keeper with a header.

Emboldened by the equaliser, Morocco began to find chinks in the Croatian defence, with their movement and passing helping to create several chances. But the African side lacked the killer instinct in front of goal.

Croatia duly punished them in the 42nd minute when an interception in the final third found Orsic, whose curling shot arched beautifully from a tight angle past the outstretched arm of Yassine Bounou before going in off the post.

The second half was not as fast or feisty as the first as exhaustion after a long tournament seemed to have caught up with both teams, playing their seventh game in Qatar.

Croatia also felt hard done by when Gvardiol looked to have been tripped in the box by Sofyan Amrabat – now playing in defence with their centre backs injured – but the referee refused to award a penalty.

Youssef En-Nesyri came close when he headed over in stoppage time but despite Morocco s best efforts to find an equaliser, Croatia held on for victory and the bronze, matching the feat of their heroes from 1998 who also finished third.