Cruelty of borders scrutinized after brothers reunite at Kartarpur 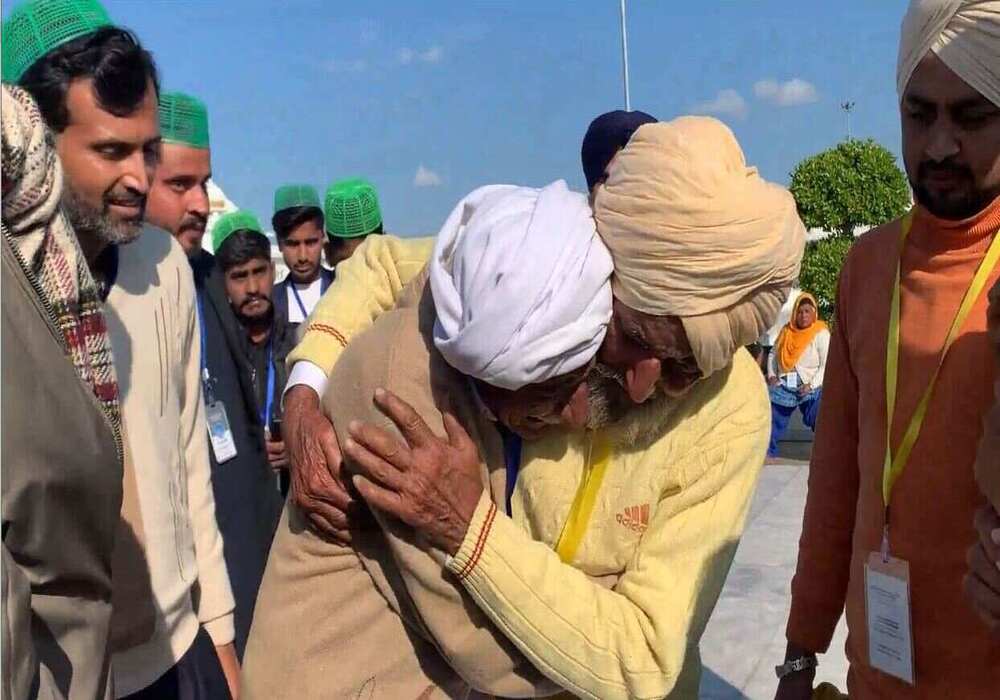 People on both sides of India and Pakistan have commented on the artificiality of borders after two brothers who separated at partition in 1947 were reunited in Kartarpur on Wednesday after 74 years.

Separated at partition, Siddique, who is in his 80s and from the village of Bogran, Faisalabad, hugged his younger brother Habib (nickname Shela), from Bathinda, at the Kartarpur Corridor. The duo was separated by the border for decades despite living only 220 kilometres away from each other.

The heartwarming moment garnered positive reactions on both sides, but many also pointed out the cruel reality of borders and state antagonism between India and Pakistan, which has caused much human suffering since 1947.

Journalist Ali Mustafa said on the occasion about partition that the “scars ran deep” but the opening of the Kartarpur corridor signalled hope for the region.

A user said that the actual partition happened in Punjab, everywhere else, people just migrated from one country to another, while another said the sight was a ‘pity’ on the the governments of both countries.

Business leader Parminder Singh lamented that the brothers were separated by “man-made” borders for such a long time.

A former Indian Army captain Sanjay Gahlot had similar sentiments as Singh and gave a poetic description of the brothers’ reunion. Gahlot said that the waters in a river could only temporarily be separated with a stick, alluding to the fact that state apparatuses would have to reckon with the human connections that bound people together from both sides.

Another user added that the sight was “ground-zero for subcontinental emotions” and hoped that the sentiment would prevail over “bigotry and hatred”.

Partition in 1947 left Punjab fractured, with people on both sides sharing cultural similarities but always separated by the border between two diplomatically warring states. The Kartarpur corridor, which was inaugurated in 2019, gave Sikhs from India the opportunity to visit religiously significant sites on this side of the border. The brothers’ story is just one example of the human cost of partition and has reminded people about the politically driven nature of borders.