The Punjab Counter-Terrorism Department has arrested five suspected terrorists belonging to banned organisations during intelligence-based operations across the province, the CTD spokesperson said on Saturday.

One of the terrorists arrested from Lahore was identified as Mehmood Musa – a “key operative of the TTP”, the CTD stated. Other terrorists, who have been rounded up, were identified as Abdul Hanan, Rahmat Ali, Muawiya, and Muhammad Arabi. 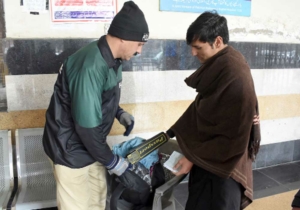 The department claimed that the terrorists had planned a “large-scale terror attack” in the province, adding that the operations to nab the outlaws were conducted in Lahore, Bahawalpur, and Sheikhupura.

Four cases have been registered against the suspects and they have been shifted to an unidentified location for investigation, the CTD said.

“On the instructions of IG Punjab, 458 combing operations were conducted this week.”

The statement added that 97 suspects were arrested during combing operations while 52 cases had been registered. Last month, Punjab Police Inspector General Aamir Zulfiqar Khan had issued orders to put security on high alert across the province. He had directed that the security arrangements of sensitive and public places should be tightened in all districts, including the provincial capital Lahore.

The inspector had also directed that the Special Branch and the CTD should beef up intelligence-based operations and provide all possible support to the district police teams in defeating criminals.

The heightened security measures were employed a day after a policeman was martyred and six people were injured in a blast in Islamabad I-10 neighbourhood.