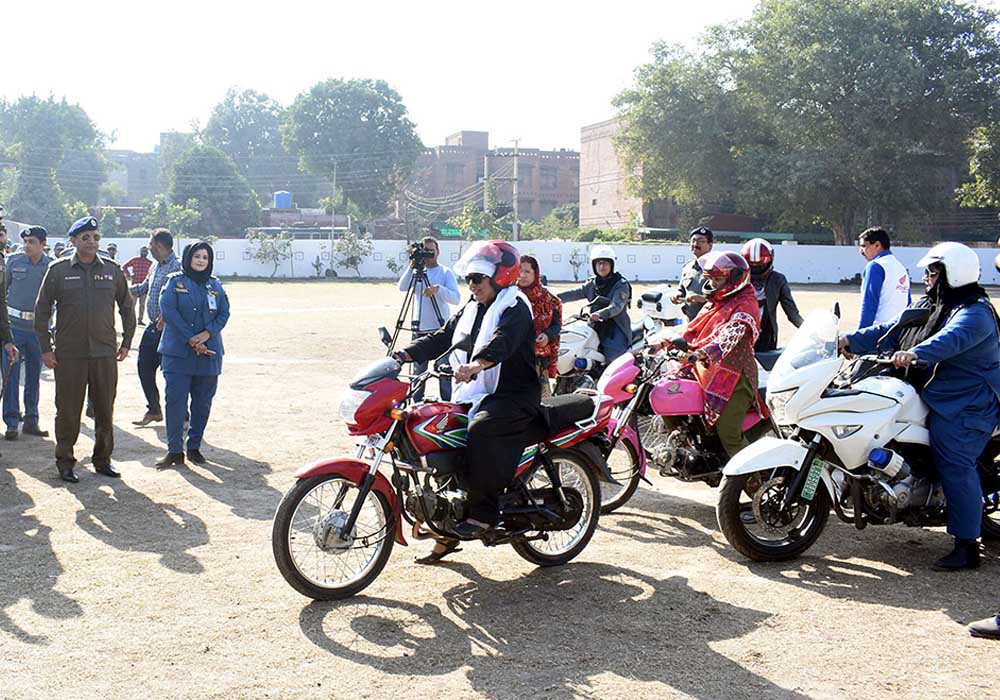 Chief Traffic Officer (CTO) Dr Asad Malhi on Tuesday said the city traffic police under “Women on Wheels” project was imparting training of motorcycle riding to women for empowering and making them independent.

Addressing the ‘Women on Wheels’ project ceremony, held at Police Lines Qila Gujar Singh, he said that up till now, more than 7,000 women had been trained to drive motorcycles while the 67th batch of women was under training at the Women on Wheels School LOS Rescue Academy. The CTO said that motorcycle riding training would be imparted to women free of cost at Police Lines Qila Gujar Singh from now on. He added the purpose of ‘Women on Wheels’ project was to make women more confident and independent, so that they could contribute significantly in the country’s progress and prosperity.

Dr Asad Malhi said the role of women along with men was very important for social development so it was needed to put in place such measures for welfare and capacity building of women.

In addition to, the CTP also established driving school in Manawan Lines, where training pertaining to motorcycle and car was imparted to women free of cost, the CTO said and added that at the end of the training course, driving licenses were also issued to the women.

In the ceremony, two new motorcycles were given by Honda Atlas to Driving School Police Lines Qila Gujar Singh, whereas the CTO also gave a practical demonstration of driving a motorcycle on a simulator.