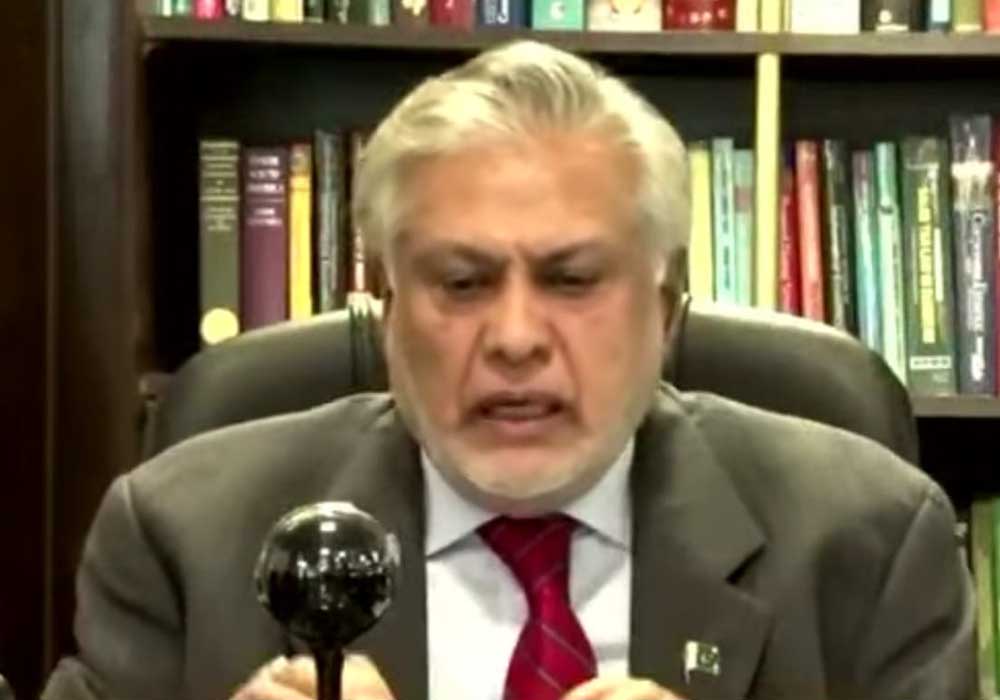 Finance Minister Ishaq Dar informed investors at the Pakistan Stock Exchange (PSX) on Wednesday that the country would not go into default, but he did acknowledge that the economy was in a “tight position.”

The finance minister stated in his speech that he has always thought Pakistan has a bright future and an economy with “resilience.” But he regretted that the nation had come to a place where it shouldn’t be and said that it was regrettable.

“I’ve been in charge for three months, and every day we hear that there will be a default. How is a default going to happen? The finance minister promised the investors that there was no danger Pakistan would default.

Dar reaffirmed Pakistan’s ability to manage its survival while acknowledging that the economy was in a “difficult position.”

The Pakistan Muslim League-Nawaz (PML-N) left the country with $24 billion in reserves in 2016, he said, but that was not his fault.

The finance minister declared, “The system is at fault, and we must make sure Pakistan moves forward.”

Dar claimed that rhetoric that Pakistan would not be able to fulfil its pledge began as soon as the country’s bond payments were approaching. He continued by saying that even after the bonds were paid, “pseudo-intellectuals” continued to make claims.

According to the finance minister, the nation was being harmed for “petty politics and aims.”

The finance minister used the fact that Pakistan’s debt-to-GDP ratio is currently 72% although it was just 62% when he left office in his last term to support his claim.

He also used figures from other countries to support his argument, citing the US’s debt-to-GDP ratio of 110%, Japan’s of 257%, and the UK’s following COVID of 101%.

Dar advised the investors to devote some time to Pakistan in addition to their businesses because they have a significant role to play.