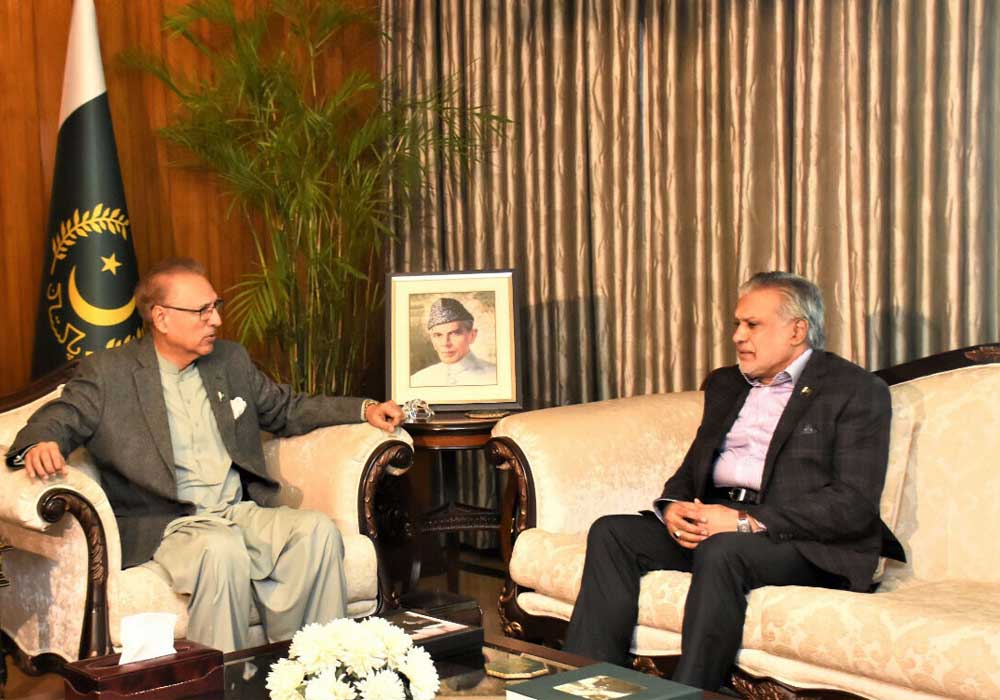 Finance Minister Ishaq Dar met with President Dr. Arif Alvi on Wednesday to address the current political climate in the country, including the dissolution of legislatures and the implementation of the International Monetary Fund’s (IMF) accord.

The Pakistan Tehreek-e-Insaf (PTI) Chairman Imran Khan’s assertion that the Punjab and Khyber Pakhtunkhwa assemblies should be dissolved has been the subject of discussions between the current coalition government and the opposition.

The leader of the Pakistan Muslim League-Nawaz (PML-N) discussed political and economic issues, according to the media reports. Additionally, resignations and the dissolution of provincial assemblies were also discussed.

Both leaders also discussed the upcoming elections. They also spoke about how KP and the Punjab administration could work together to lower import prices.

The report further stated that the finance minister requested cooperation from the opposition for the IMF agreement’s execution.

The PML-N leader and President Alvi also discussed how PTI might help Pakistan achieve political stability. They continued by saying that the president assured Dar that he will discuss all of these issues with the PTI leadership.

Since the PTI has been placing persistent pressure on the government to call early elections, the incumbent government and the opposition have been in discussions about the date of the general elections.

The PTI chairman has stated that the Punjab and KP assemblies will be dissolved if the government does not decide to call for early elections.