Expected to take oath as minister upon return 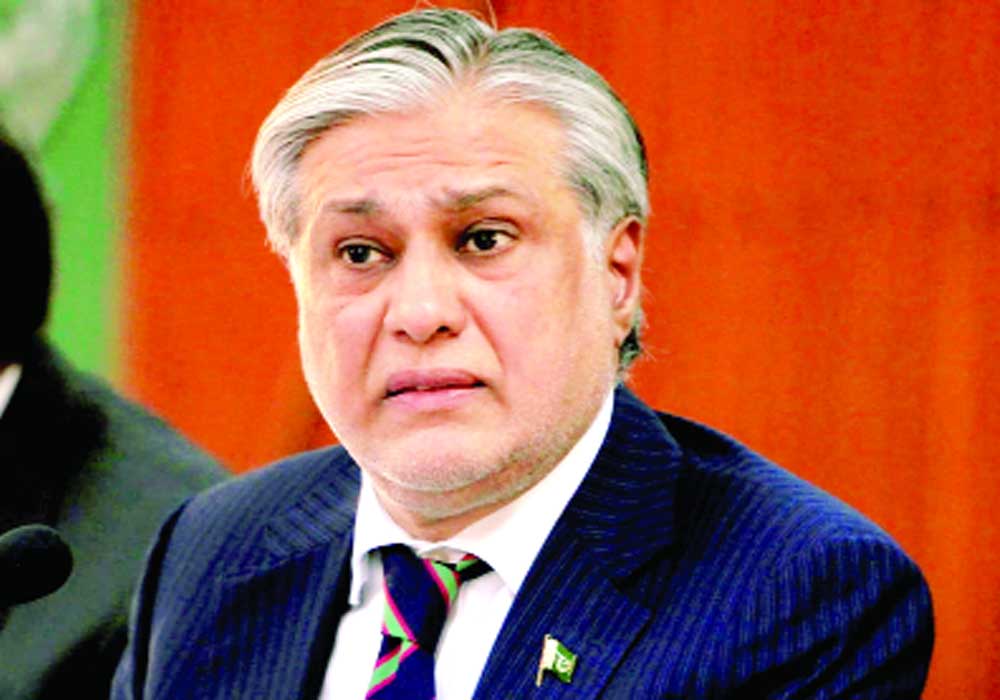 Pakistan Muslim League-Nawaz (PML-N) leader Ishaq Dar is likely to assume charge as the finance minister on Tuesday, a decision made during Prime Minister Shehbaz Sharif’s meeting with party supremo Nawaz Sharif in London on Saturday.

Earlier on Saturday, Interior Minister Rana Sanaullah confirmed that Dar would return to Pakistan next week. Dar, himself, had said the other day that he would take oath as a senator immediately after his return. The former finance minister said that he would perform whatever duty was assigned to him by Nawaz and Shehbaz. According to reports, Finance Minister Miftah Ismail will remain part of the government’s economic team.

Shehbaz met Nawaz and Dar on Saturday, as the trio discussed the problems facing the country, including economic challenges and other issues. The premier reportedly apprised his elder brother of the meetings with world leaders, including US President Joe Biden, on the sidelines of the 77th United Nations General Assembly session in New York. During the meeting, Dar informed the prime minister about his plan to return home.

During the meeting, Dar’s return and the issue of his Senate oath were also discussed. The trio also discussed ways to manage the economy, inflation and reducing dollar price. According to reports, the current team of the Finance Ministry will give Dar a briefing on the current economic conditions of the country upon his return. After becoming the senator, Dar will take oath as the finance minister.

On Wednesday, Dar said that his doctor had given him “conditional permission” to return to Pakistan and expressed his willingness to appear in court for hearings within 15 days. His statement came hours after he withdrew his petition from the Supreme Court that had sought suspension of the accountability court’s decision to declare him an absconder.

Explaining the rationale behind his decision to withdraw the plea, Dar had said that his petition had maintained that he wanted to come to Pakistan within 15 days.

“Therefore, the honourable accountability court should suspend their arrest warrant and the petitioner should be allowed a fair trial in this case,” Dar had said. The court then issued a written order regarding suspension of arrest warrants against Ishaq Dar. The order said the National Accountability Bureau (NAB) had not raised any objection on the petition.