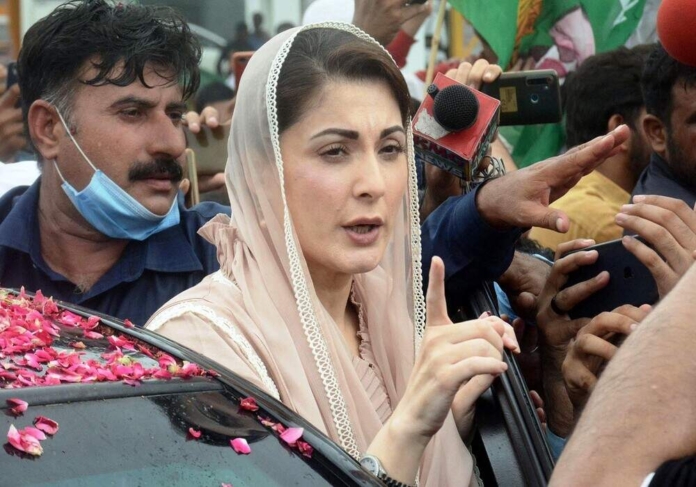 In a strong response to Pakistan Muslim League-Nawaz (PML-N) Vice President Maryam Nawaz’s acquittal in the Avenfield reference on Thursday, the Pakistan Tehreek-e-Insaf (PTI) said that it was the “real reason” behind Imran Khan’s ouster. The PTI has been building a narrative since its ouster in April that the party’s removal from the government was the incumbent rulers’ strategy to get themselves acquitted of corruption. PTI senior Vice President Chaudhry Fawad Hussain claimed that “state institutions have lost the nation’s confidence and added that their decisions have no value in the people’s court”. “Beyond any doubt, it is another dark day in the history of Pakistan,” he added. In a tweet, PTI Secretary-General Asad Umar said: “Inflation is increasing day by day and [the] cases of [the] imported government leaders are being dismissed daily.” “These are the main reason[s] for which Imran Khan was removed through conspiracy.” Former energy minister Hammad Azhar said that the PML-N was also a “bit embarrassed” after the ruling. Meanwhile, the Supreme Court will hear a petition filed by PTI Chairman Imran Khan against the National Accountability Bureau (NAB) Amendment Law on October 4. A three-member bench comprising Chief Justice of Pakistan Umar Ata Bandial, Justice Ijaz ul Ahsan and Justice Mansoor Ali Shah will hear the petition. Notices have been issued to the attorney general for Pakistan, NAB additional prosecutor general and others. Imran Khan, in the petition, has requested the SC to declare the NAB Amendment Law null and void. Earlier on September 1, Imran Khan approached the Supreme Court against the recent amendments to laws governing NAB, contending the changes would render the body toothless to prosecute white-collar crime by the public office holders.