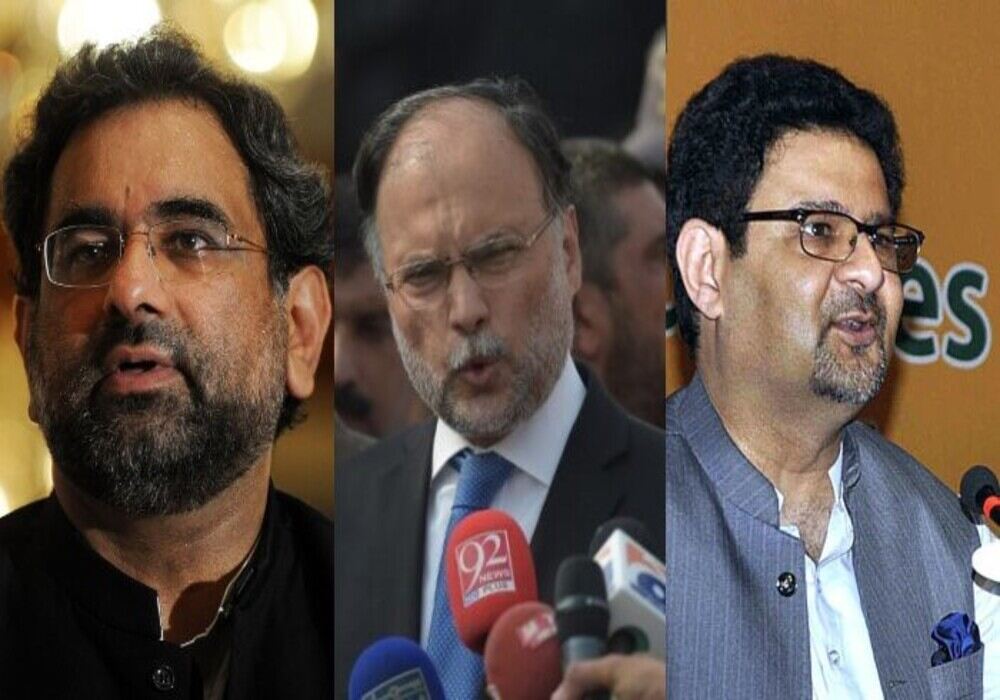 Pakistan Muslim League-Nawaz (PML-N) senior leaders Shahid Khaqan Abbasi and Ahsan Iqbal on Friday slammed the federal government for approving the supplementary finance bill, termed by the opposition as ‘mini-budget’, and said that January 13 was the “darkest day in the history of Pakistan”.

Referring to Thursday’s National Assembly session in which the State Bank of Pakistan (Amendment) Bill, 2021, and the supplementary finance bills were passed with a majority vote, Abbasi – during a press conference in Islamabad along with other party leaders – said that “January 13 was the darkest day for parliament, as the bills were approved without any discussion”.

The former prime minister said that the bills being passed in the Senate without discussion was also unprecedented, adding that “bills from NA session were approved in haste”.

Abbasi further said that the incumbent government was handing over the country’s economic keys to the International Monetary Fund (IMF), adding that the burden of more than Rs700 billion had been placed on the nation’s shoulder.

He went on to say that no rules and constitutional guidelines were followed during the voting on the bills and “it all happened in the prime minister’s presence”. He also lashed out at federal ministers, saying, “The ministers admitted that they were compelled to pass the bill under pressure from the IMF.”

“Why are you defending the supplementary bills when you are forced to pass them?” he asked. “We are not ready to hand over the country’s economy to the IMF for the sake of a $6billion loan,” he added. The PML-N leader said that such things happen when a “disgraced government comes to power and the prime minister resorts to telling lies.”

Talking about Defence Minister Pervaiz Khattak’s brawl with Prime Minister Imran Khan, Abbasi said that it only happened over a “shortage of gas”. “Why has the government not bought liquefied natural gas (LNG) when the country is going through a gas crisis?” he questioned.

Addressing the media, PML-N Secretary General Ahsan Iqbal said that he had begged before the NA speaker that the bill regarding the SBP was against Pakistan, but it was approved “in violation of all the rules and regulations”.

Criticising the passage of the bill, he said, “Six months ago, the finance minister had painted a rosy picture about the country’s historic tax collection targets, but the government ended up economically suppressing the masses.” He further said the passage of the bill was a way of “destroying the China-Pakistan Economic Corridor (CPEC).”

On the occasion, former finance minister Miftah Ismail said that the IMF had been asking Pakistan to reduce the budget deficit, but instead of taking austerity measures, the government decided to jack up taxes.

He said that in the supplementary bill, the incumbent government had imposed a tax on chicken feed, adding that it would ultimately increase chicken prices. “Tax on machinery and a 140% tax burden has also been imposed on pharmaceuticals,” he said.

It is pertinent to mention here that the NA on Thursday passed the SBP and supplementary finance bills, giving effect to new tax measures in an ambitious bid to achieve a tax target of Rs5.8 trillion as per the requirement of the IMF.