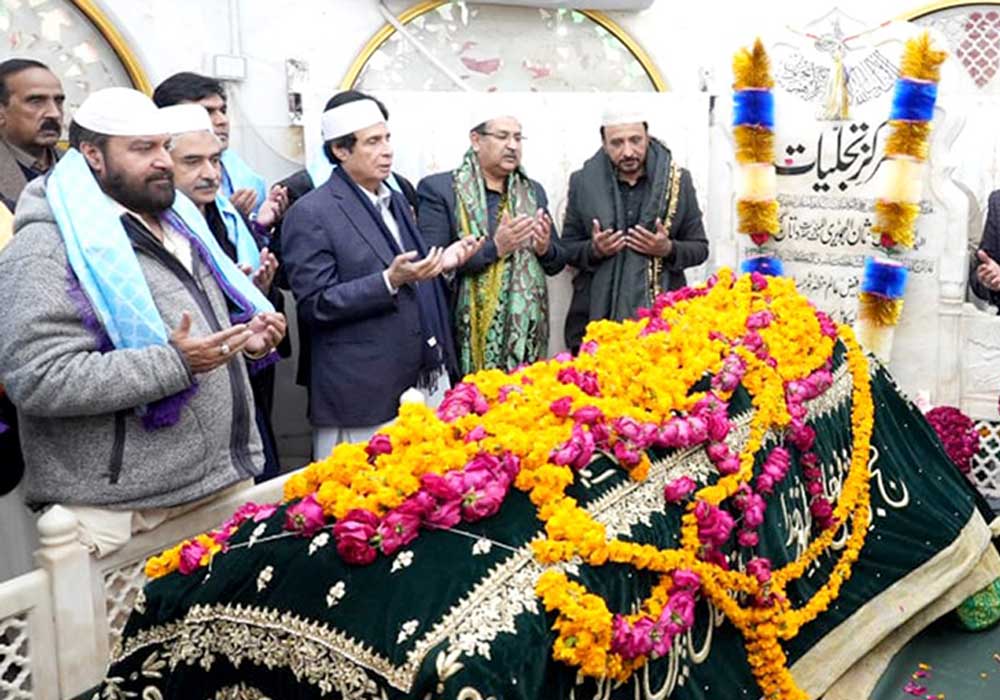 Chief Minister Punjab Chaudhry Parvez Elahi has stated that the Sharifs always proclaimed their allegiance to Lahore but never took ownership of the city.

Sharifs didn’t invest money in Lahore and their designs were limited to minting money from everything. Sharifs will not stop from their habits and will continue to do the same. The Sharif family has ruled for many years but people like Nawaz Sharif, Rana Sanaullah and their cabal ignored the problems of the common man. They got registered fake cases against people. They teased the hapless people and extorted money from others. This cabal did not think about the poor man till today and they did not even allow the poor to come near them.

While addressing the foundation stone laying ceremony of the Data Darbar parking plaza, underpass and infrastructure improvement project, the CM said that under the leadership of Imran Khan, the work of serving religion has been carried forward and this noble mission will continue. In response to a question, the chief minister declared that there is no such thing as merging the party but the consultation is going on. No final opinion has been formed regarding merging the party and no decision has been taken, he added and mentioned that some elements have already panicked and started issuing the notice. God willing, this wouldn’t happen because, yesterday, all the participants of the PML-Q meeting said that we have to go to our constituencies to consult people. After that, a decision will be taken, he added.

The CM said that undoubtedly Imran Khan is our leader and he has trusted me. Imran Khan’s party is the largest in Pakistan. Imran Khan got me elected as the chief minister, how can I forget his favor. This time the general elections will be held; some things are still at the stage of behind-the-scenes negotiations. People are demanding that there should be general elections. These fools do not understand that the country is defaulting. God willing, a situation like Sri Lanka could happen. All the circles are sitting together to avoid such a situation and this is what they are deciding nowadays. They will have to hold elections soon and they will be held within three months, he said.

Replying to another question, the CM added that cases against them are not new; one must thank God for not constituting a murder case, he remarked. Municipal elections are held by manipulation and collusion. In Karachi, Jamaat-e-Islami would not ally with PPP as it’s in contact with PTI, he disclosed. The research will be done on the role and services of religious sages who promoted the religion through Khatam-ul-Nabiyeen (PBUH) University and a degree would be introduced to research saints like Hazrat Data Ganj Bakhsh and Baba Fariduddin Ganj Shakar etc. Raiwind is the best place to serve the religion, he noted and added that folding umbrellas will be installed on the premises of Data Darbar and Baba Fariduddin Ganj Shakar’s shrine in Pakpattan. The food authority will also ensure the quality of community meals in the shrines, he said.

He spoke that elevators will be installed in the parking plaza for elderly and disabled devotees. The government wants to improve the infrastructure as road closures cause difficulties during Urs, he maintained. Visitors would park their vehicles at the parking plaza to access the shrine on foot through the underground route, he stated and added that the government will facilitate devotees coming from abroad. The reconstruction and development of Data Darbar and Pakpattan shrine was the initiative of Rasikh Elahi and all of us, and this would provide direct facilities to the visitors. In a few months, more than nine game-changer projects worth 23 billion rupees have been launched for Lahore, he added and noted that Lahore has been made accessible from Sheikhupura and RUDA as roads are wide and comfortable.

Earlier, the CM laid the foundation stone of over Rs.4 billion worth project which would be completed in six to eight months to facilitate visitors and people of adjoining areas. The parking plaza would have two basements and six storeys with a parking facility for more than 500 vehicles. The parking plaza will be connected to the shrine’s basement through an underpass. DG LDA gave a briefing about the project. Chief Minister Elahi, Speaker Punjab Assembly Muhammad Sibtain Khan and Raja Basharat huddled together at CM Office to deliberate on the political situation. The CM contended that the general elections will be held soon and PTI will win with a huge majority.