Step taken on affected MNA’s request, who complained his basic right was violated 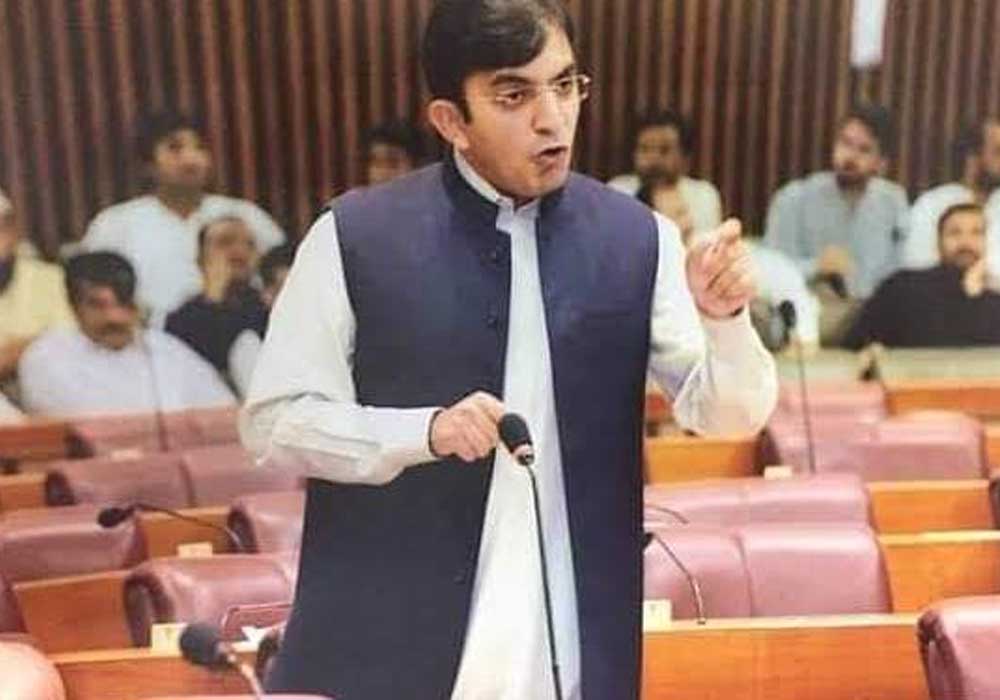 Speaking on the point of order, MNA Mohsin Dawar appealed to the Speaker to send his case to the Privilege Committee as his basic right was violated. He apprised the House that his name was removed from the ‘no-fly list’ by the federal government on October 17, but despite that he was not permitted to go to Tajikistan to attend the Heart Security Dialogue without any logical reasons. He said that his party supported the ‘no-trust motion’ because the Tehreek-e-Insaf chief Imran Khan’s government was paying no heed towards civilian supremacy.

He expressed the hope that the incumbent government would uphold the civilian supremacy in the country as political parties had rendered precious sacrifices for the restoration and establishment of democracy in the country. Meanwhile, Minister for Poverty Alleviation and Social Safety Shazia Atta Marri also expressed great concerns on the issue of her respective colleague Mohsin Dawar. She also thanked the NA Speaker for sending Mohsin Dawar’s issue in the Privilege Committee to discuss in detail from all aspects. Taking part in the discussion, Sheikh Rohale Asghar proposed the NA Speaker to settle down the respective member’s issue at his end.

National Assembly on Thursday offered Fateha for those who died in the terrorist attack on a police van in Quetta. Before taking up the business of the House, Speaker Raja Pervaiz Ashraf asked Jamaat-e-Islami’s MNA Maulana Abdul Akbar Chitrali to offer Fateha for three policemen martyrs and 23 injured in the terrorist attack in Quetta. He also asked for prayers for the nine people who embraced martyrdom in the explosion of coal mine in Khyber Pakhtunkhwa.

Before offering the Fateha, Maulana Chitrali also proposed saying a prayer for the five people who had fallen victim to extremism in Bannu, and this request was granted by the speaker. Praying for the eternal peace of departed souls and early recovery of injured, he sought patience for the bereaved families to bear this irreparable loss with equanimity.

The Ministry of Climate Change has notified some 68 new protected areas till January 2020 throughout the country extending over an area of 36,111.52409 square kilometers, Parliamentary Secretary for Climate Change Ms Naz Baloch told the National Assembly on Thursday. Replying to the question of Ms Nasiba Channa during question hour, she said the ‘Protected Areas Initiative’ has been launched under the Ten Billion Tree Tsunami Plantation Programme (TBTTP) whereas the project duration is from 2019 to 2023.

She said that the initiative aimed to improve flora and fauna, improve governance and promote economic tourism in protected areas. The total cost of TBTTP is Rs125.1843 billion out of which Rs 15.59296 billion is allocated for conservation of wildlife, she added. The Parliamentary Secretary said as many as 1.8 billion plants have been so far planted under TBTTP. Pakistan Snow Leopard and Ecosystem Protection Program (PSLEP) is a Global Environment Fund (GEF) funded project and is being executed by an NGO namely snow Leopard Foundation Pakistan (SLF) in collaboration with the Ministry and snow leopard range Khyber Pakhtunkhwa, Gilgit-Baltistan and Azad Jammu and Kashmir, she told.

Naz Baloch further said that the total cost of PSLEP project was $4.64 million and duration was five years, from 2018 to 2023. In another written reply, Minister for Climate Change Sherry Rehman said that Pakistan was categorized one of the three countries that was continuously remained in the top 10 lists of most impacted countries over the past decade. Pakistan has been ranked as the 8th most vulnerable country to climate change according to ‘Global Climate Risk Index 2021’ in terms of climate related challenges including water stress, desertification, glacier melting, extreme events spread of diseases, she said and added that mitigating Pakistan’s negligible share of carbon emissions (0.8 percent share in the global carbon emissions) would not solve the issue.