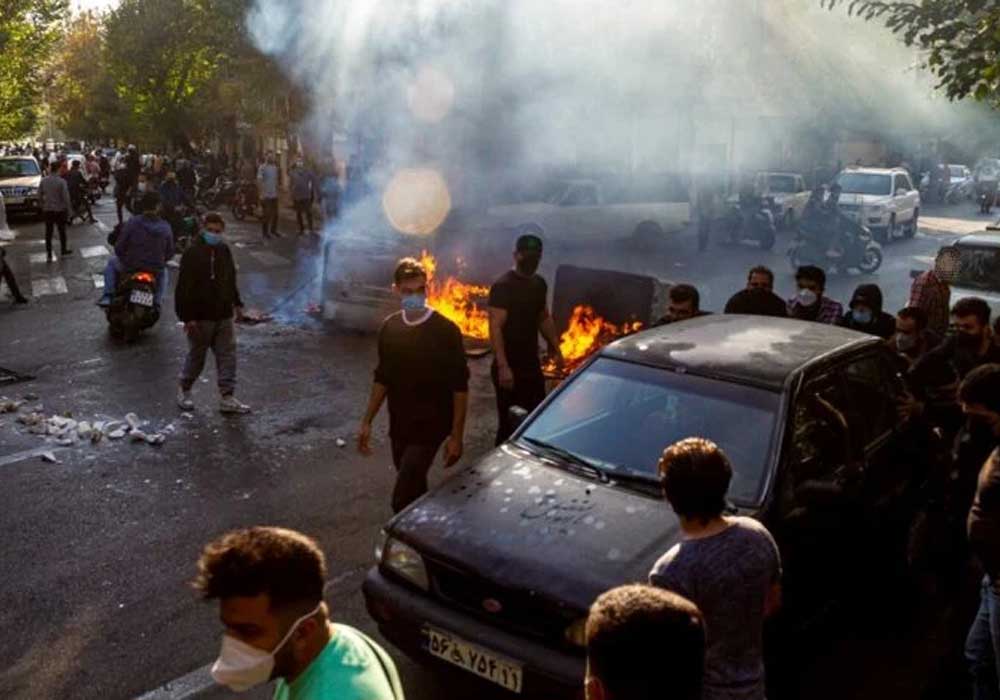 The rights group on Wednesday has revealed that the death toll from nationwide protests for Mahsa Amini has reached 476.

Iran Human Rights, a Norway-based organization in a statement said that the toll reached 476 including 34 women and 64 minors and teens.

The province of Sistan and Baluchistan had reported the highest death toll with 130 people killed followed by West Azerbaijan with 55 and Tehran with 52.

However, Iranian authorities claimed that at least 200 people had been killed in these protests.
Yesterday President of Iran Ibrahim Raisi also announced that the administration will tackle protesters through force.

Since the start of the protests tensions between Iran and the West rose, with Western countries imposing a slew of human-rights sanctions on Tehran for repression and crackdown on anti-government protesters.

Tehran for its part accused these countries of fomenting unrest in the country in recent months by supporting riots.

The outrage in Public started after the death of a 22-year-old Kurd lady Mahsa Amini who was arrested by Iran’s morality police for not wearing proper attire.

According to media claims, she was tortured which later lead to her death.