Demand for khoya on the rise in Thar 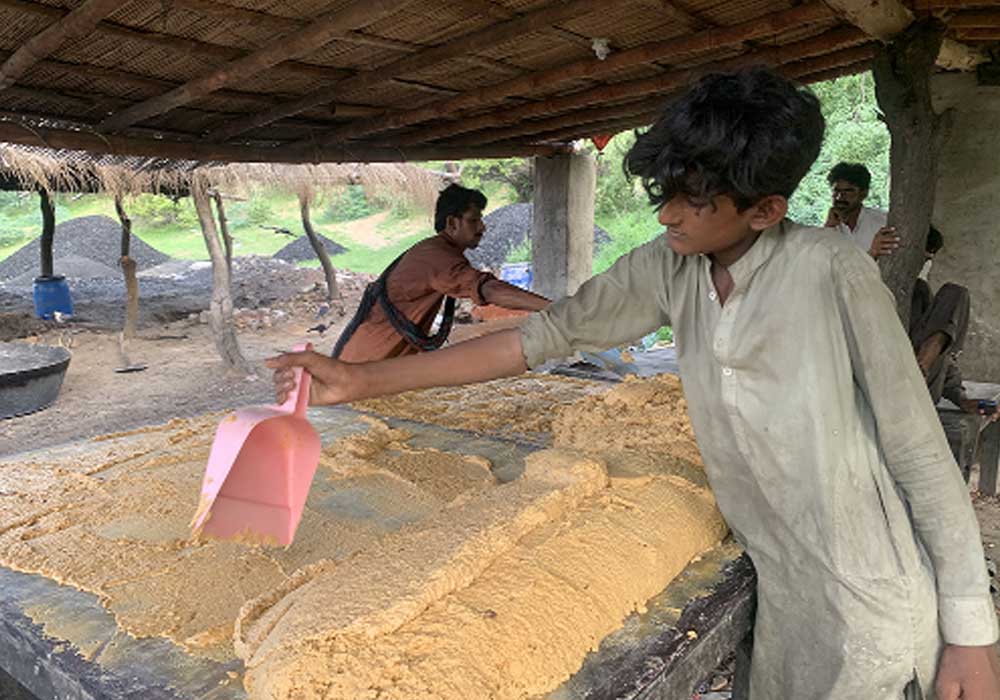 The demand for the locally made khoya, a type of raw sweet, is on the rise in Tharparkar due to a recent surge in tourism activities in the desert district.

Khoya, which is made of pure milk, is being sold at Rs600 per 1 kg at two famous points — Veera Wah in Nagarparkar taluka and Khetlari near Kaloi town.

“Following the heavy rains and the subsequent surge in the number of tourists to Thar, the demand for this sweet is surging these days,” said Mohammad Amin, who has been doing this business for several years. He shared that most people who come to visit different parts of the region prefer to stay a few moments here at the roadside, mostly purchasing this type of sweet as a gift for their loved ones.

Amin claimed that despite the rising prices of other edible and sweets, they had not increased the rate of this particular sweet since they were being supplied with ample milk from different parts of Tharparkar.

“Thar this year has been blessed with timely and sufficient heavy downpour due to which owners of the cattle heads who had migrated to barrage areas of the province have come back with enough milk from cows,” said Mohammad Soomar, who was busy making khoya.

He said that after boiling milk, they place it on a table so that it cools down. He said that at first Veera Wah was famous for this type of dessert but currently his area of Khetlari was also producing these sweets.

He informed that the makers of khoya do not add sugar or oil to it.

“Khoya in a crude form is tasty enough. But people usually mix sugar and other ingredients to make it tastier,” Javed Samoon from the Veera Wah area said while talking to MinuteMirror.

It is said that during the time of droughts in Thar, people along with their families and cattle used to migrate to Veera Wah. Interestingly, due to the area being the centre of livestock herders many sweet makers decided to establish shops here.

After the Partition, Hindu traders migrated to India and Muslim migrants came and settled in Veera Wah.