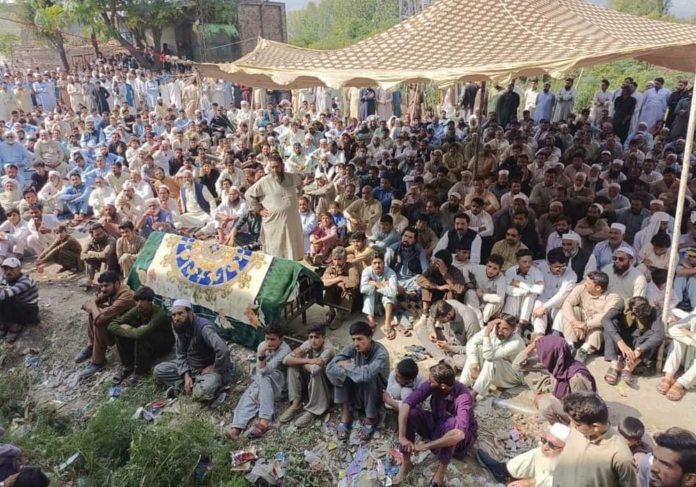 Relatives of the deceased van driver who lost his life in Monday’s attack protested for the second day in a row.

On Tuesday, according to local media reports, protesters announced to not stop until the murderers were punished.

Protestors said that terrorist attacks and the instability in the province are unacceptable and “we want peace in the region and we will resist terrorism”.

Residents of the city of Mingora, where the attack occurred, suspect the TTP, but the insurgents have denied carrying out Monday’s shooting.

The driver of a school vehicle along with two kids was shot and wounded by unidentified assailants on Monday in the Guli Bagh neighborhood of Swat.

According to the police, two attackers who were on motorcycles managed to escape the site of the crime.

Emergency officials arrived at the crime scene soon after the incident, and took the injured students to the hospital for treatment.

The driver of the school vehicle who died on the spot was identified as Hussain Ahmed son of Anyatullah by police, and students of Swat Public School (SPS) injured in the incident are Azhar Hussain, son of Jan Bakhat, and Mammon, son of Safiullah.