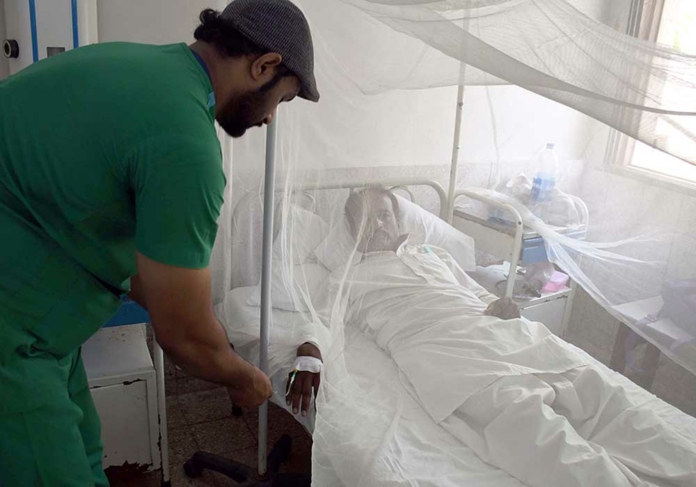 Dengue cases have been reported to be rising across the country, with two people dying in Karachi and Peshawar.

According to the Punjab Health Department, 389 new patients have been reported in the province.

A total of 330 more cases were reported in Sindh taking the number of patients reported so far in Sindh to 9,826, while the death toll in Sindh province has reached 38.

In Sindh, a total of 38 people lost their lives due to the dengue-related complications in Sindh so far out of them 17 were reported in Karachi Central, 10 in Karachi East, three in Karachi South, two each in Malir, Karachi West and Korangi while one each in Hyderabad and Umerkot.

In Khyber Pakhtunkhwa (KP), the death toll has risen to eight whereas the number of dengue cases in the province is 8,485.

In Balochistan, 173 more cases have been reported after which the number of dengue cases in the province has reached 3,442.