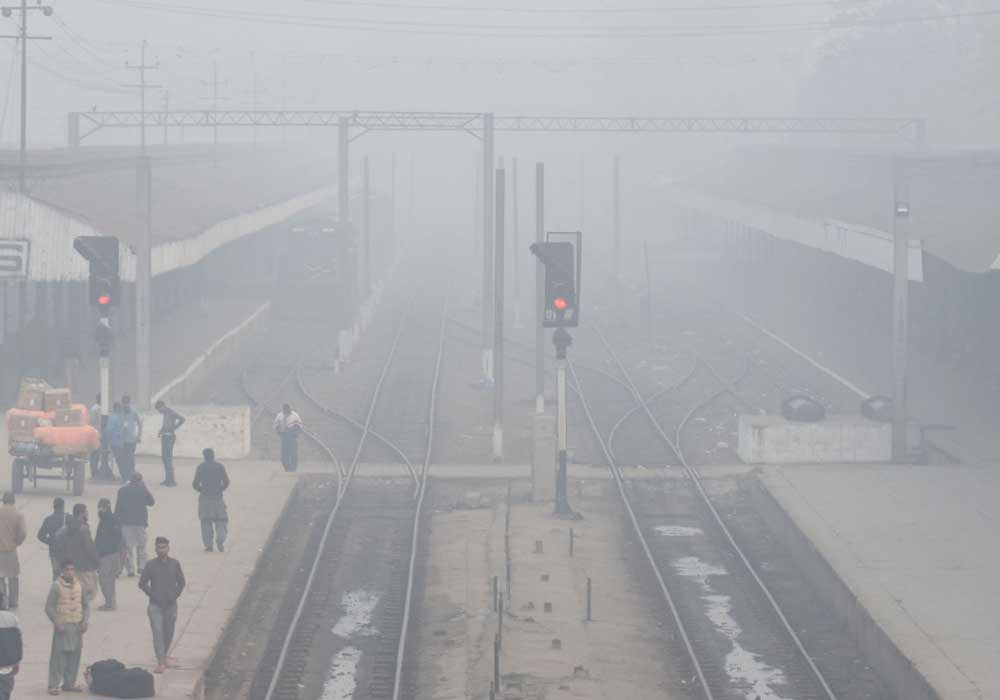 Cold and dry weather is expected in most parts of the country while dense fog is likely to occur in plain areas of Punjab, Khyber Pakhtunkhwa and upper Sindh. Frost is expected in Potohar region during morning hours.

The Pakistan Meteorological Department (PMD) has forecast cold and dry weather for most parts of the country during the next 24 hours. Also, very cold weather is expected in upper parts and north Balochistan during the period.

During the last 24 hours, cold and dry weather prevailed over most parts of the country, while very cold in upper parts and north Balochistan. Dense foggy conditions prevailed over plain areas of Punjab.

Meanwhile, three motorcyclists including a young girl were killed in two traffic accidents due to fog in Faisalabad on Wednesday.

Rescue 1122 spokesman said that a speeding truck hit a motorcycle near Chak no.237-GB on Jaranwala-Nankana Road. As a result, motorcyclist Asim Abdullah (18) and his sister Sadaf (24) r/o of Chak no.534-GB received serious injuries and died on the spot

Meanwhile, another motorcyclist Akash (14) son of Abdul Sattar, resident of Chak no.39-GB was killed while his pillion rider Faisal Maqbool (25) received serious injuries when a speeding car hit their two-wheeler near Chak 32-GB near Satiana Bungalow due to dense fog.

Rescue 1122 immediately shifted the injured to Rural Health Center (RHC) Satiana where his condition was stated out of danger. The police took the bodies into custody while further investigation was underway, the spokesman added.

Likewise, two people died while three sustained injuries in a road accident caused by fog on Wednesday on the National Highway near Okara.

According to a private media report, a recklessly driven bus collided with a trailer coming from the opposite direction on the National Highway in Okara due to poor visibility caused by a thick layer of fog. As a result, two people died on the spot while three people suffered injuries.

Ambulances and Rescue 1122 immediately reached the accident site after receiving information. The rescue teams provided first aid to the injured and shifted them to DHQ City Hospital for further treatment. One of the deceased was identified as Muhammad Kashif s/o Ashraf, resident of Pattoki while the other, who was about 30 years of age, could not be identified.