Departments in Punjab put on high alert as floods feared 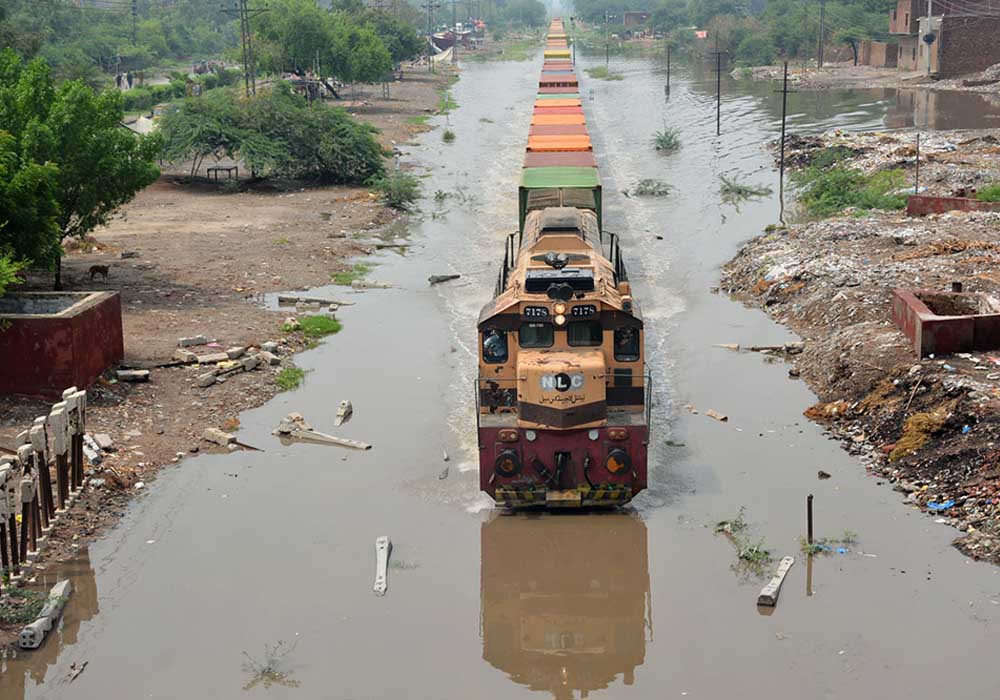 The Punjab government on Tuesday put all the departments concerned on high alert after the Flood Forecasting Division (FFD) issued a flood warning in the wake of more rainfalls from Wednesday.

The Pakistan Meteorological Department (PMD) issued a weather advisory informing that the third spell of monsoon currents are continuously penetrating the country and are likely to shift and intensify in upper and central parts of the country from today.

This third spell of monsoon is likely to begin soon after the second spell ended yesterday, which was earlier predicted by the PMD until July 26.

Meanwhile, the catchment areas of Rivers Jhelum, Chenab and Ravi may receive heavy downpours causing water levels to significantly rise during the forecasted period. With the prediction of heavy rainfall, the FFD issued medium- to high-level flooding in Chenab River at Marala, Khanki and Qadirabad; in Jhelum River at Mangla (upstream) along with nullahs of Ravi and Chenab Rivers after 36 hours.

“There is a possibility of medium to heavy floods at Khanki in Chenab River where the water level is continuously increasing,” the FFD informed, and added that the discharge of water is 154,890 cusecs, which may cause flooding in Hafizabad district.

Talking to Minute Mirror, he said that the strong monsoon currents were continuously penetrating the country while the intensity of the current monsoon was above normal.

“As the rainfall is expected above the normal which may cause urban flooding in various cities,” Aslam said, adding that the PMD had informed all the departments to take possible measures in wake of the heavy rains.