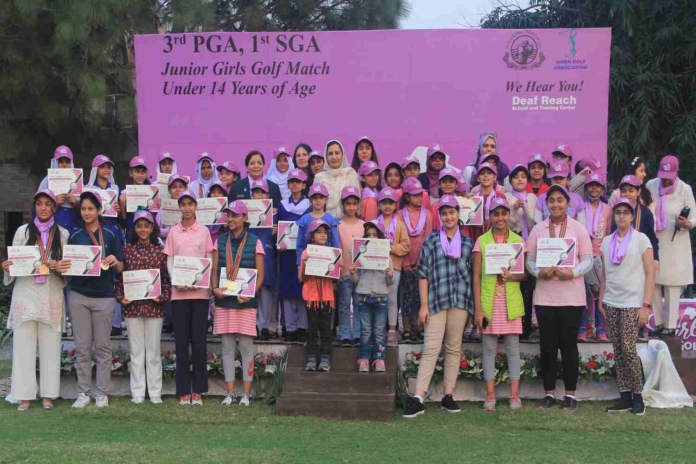 The 3rd PGA Junior Girls’ Match for girls under 14 years was held on Sunday at the picturesque Lahore Garrison Greens (LGG) under the overall supervision of Chairperson Ladies Golf in Pakistan Dr Asma Afzal Shami and Captain of the Junior Girls Golf Programme Mrs Iffat Zahra.

Mrs Aisha Moazzam, the match director conducted the match. She was assisted by a team of dedicated lady golfers.

The match was the third in a series of such matches that were being played in accordance with a well thought out concept developed by Dr Shami in 2019, for creating a much needed mechanism for talent hunting at the grass roots level, for identifying and nurturing our future lady golf champions.

Initially, its implementation was faced with the problem of convincing parents to allow their young daughters to take up golf, especially when tennis and swimming offered cheaper alternatives. This was overcome by the joint efforts of Dr Shami and Mrs Zahra, who concentrated on alluring mothers onto the golf course in the hope that, “Once they had been bitten by the golfing bug,” they would readily induct their daughters as well. And that is exactly what has happened.

In all the three matches held so far, the majority of the participants were daughters of golfing mothers. In fact, whereas only 19 girls had participated in the first match in 2019, 36 competed in the second event, and over 50 girls aged 6-14 took part in yesterday’s match, registering a phenomenal increase of over 250 percent in two years.

In addition, a similar Junior Girls Golf Match was conducted yesterday, simultaneously, in DHA Golf Club Karachi, under the auspices of the Sind Golf Association. Incidentally, nine of the original 19 have already graduated to the category of lady amateurs. Special mention needs to be made of 12-year-old Bushra Fatima who qualified for a handicap of 36 last year and has now reduced it to 11.

The young golfers were divided into four categories, i.e. Pearl (age 7 and below), Emerald (age 8-10), Ruby (age 11-14) and Junior Amateurs (who have qualified for having a handicap). The match was fiercely competed by all participants. The prize winners included Noor Bano in the Pearl Category, Shanzeh Malik in Ruby, Nataliya Shezadi in Emerald, while Minhal Asgahr won in the Junior Amateur category. However, the most striking feature of yesterday’s event was the presence of a group of 11, differently abled children, belonging to an institute called Deaf Reach. This was a truly unique initiative for amplifying our societal values.

Begum Perveen Sarwar, wife of Governor Punjab, has emerged as the ‘guardian angel’ of these junior girl golfers as she graced the Prize Distribution Ceremony as the chief guest of all three matches. While appreciating the flawless manner in which the impressive event was conducted, she singled out Dr Shami for a bout of well-deserved special praise. In particular, she eulogized her both for conceiving the basic concept for developing a mechanism for talent hunting at the grass roots level and for her innovative act of  involving the differently abled girls of the Deaf Reach Institution in the Junior Girls Golfing Programme. She further stated that it was primarily due to her passionate dedication for development of ladies golf in Pakistan that she recently received a special award from governor Punjab. 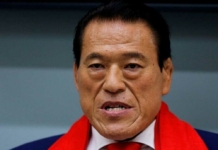 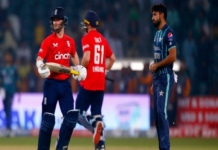 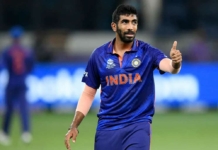 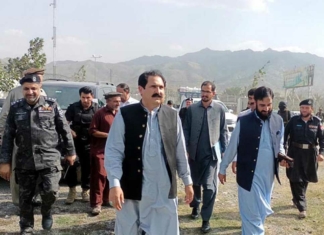 Peace in region vital for promotion of trade, prosperity: Turi