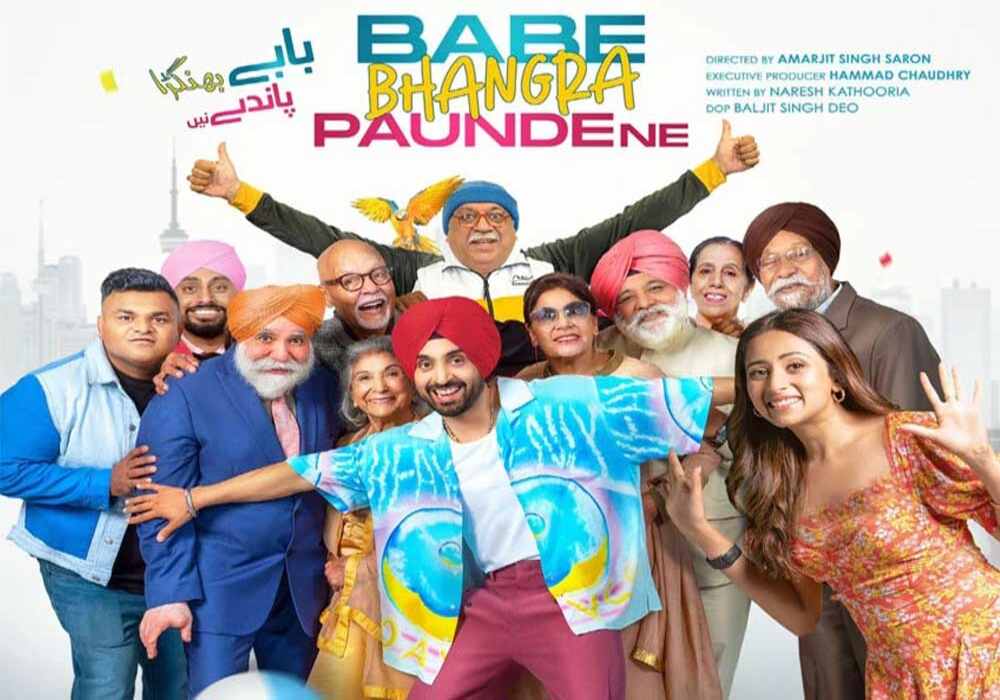 Legendary Pakistani actor Sohail Ahmed has made his debut in an Indian Punjabi film with Indian singer and actor Diljit Dosanjh and Sargun Mehta in ‘Babe Bhangra Paunde Ne’.

Indo-Pak venture, directed by Amarjit Singh Saron, is a family comedy film that has been released around the world as well as in Pakistan. The movie hits cinema screens on October 5.

Sohail Ahmed is portraying a significant role that will provide significant support to Diljit Dosanjh who plays the major protagonist.

He added that two Pakistanis have contributed to this film, him and Hammad Chaudhry, who is the executive producer.

He also said that working on this project was, all in all, a pretty thrilling experience.