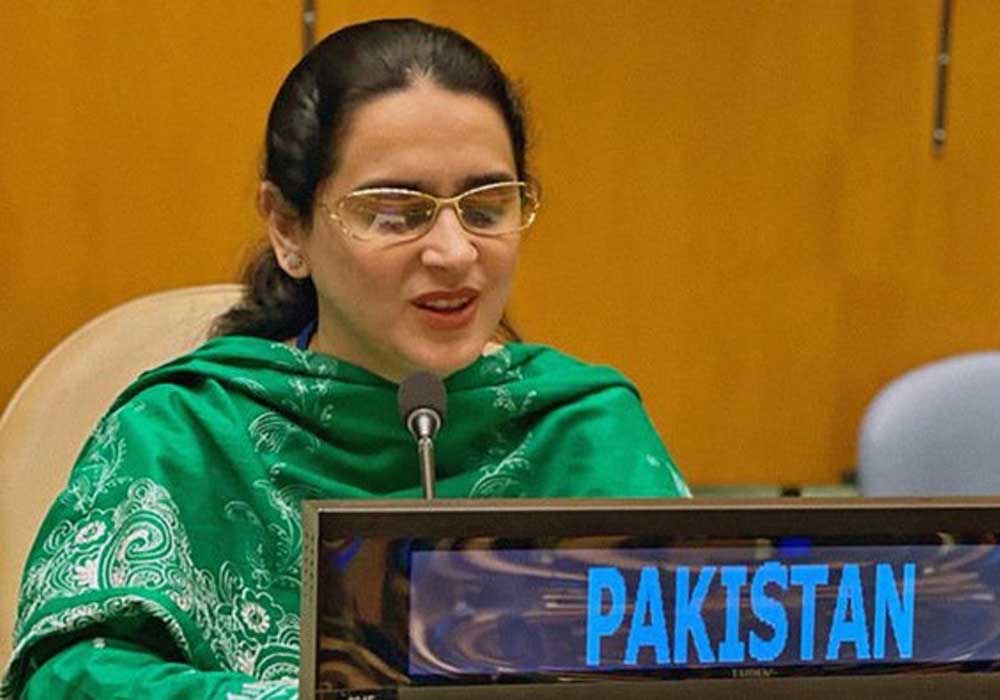 Pakistani representative in the United Nations (UN) Saima Saleem has said that all disabilities and compulsions become helpless in the face of human determination.

The Pakistani diplomat highlighted her struggle saying that the laws did not allow for the employment of disabled people in the Foreign Service. Speaking to the media she told that she had achieved the sixth position all over Pakistan, fought her case and as she was on merit the rules were amended and she was given a job in the Foreign Service.

Talking about Indian Illegally Occupied Jammu and Kashmir (IIOJK), she said that the world saw Kashmir as a conflict between two countries; adding that the world should focus on the Kashmir issue as a humanitarian crisis because the people of Kashmir do not have that freedom.

Saima said that powerful countries should come forward for humanity and the UN should find a permanent solution to the Kashmir issue.

Talking about her determination, Saima Saleem said that there was an academic environment in the Foreign Service; a lot has to be read and for success, it was necessary that a person focuses on their abilities and not on disability because if there is determination in the heart and faith in Allah then nothing is impossible in the world.

On Independence Day, the Pakistani diplomat said that the last 75 years were a struggle for Pakistan. She stated that now it was time to pledge that the next 75 years will be Pakistan’s success.