Govt has notified 8th October as National Disaster Resilience Day. The emergency service is observing this week with special focus on training of communities on life saving skills and making them able to become lifesaver. Every year, Emergency Services Academy organizes national rescue challenge in order to improve coordination, and ensure uniform standards of emergency services 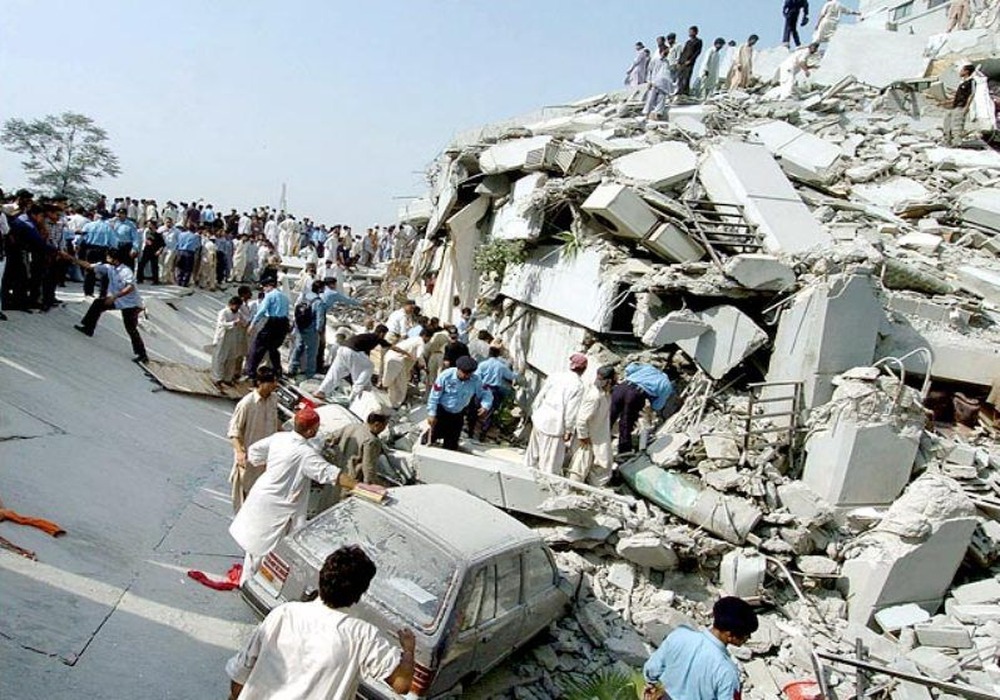 The 8th of October is a day of commemorating the catastrophic 2005 earthquake which took over 87,000 human lives and uprooted 3.5 million people in Azad Jammu Kashmir and some parts of Khyber Pakhtunkhwa. The country was at the receiving end in all sides due to dismal state of rescue services.

Although from 2005 earthquake till today, different disasters had huge effects on many human lives, and on the infrastructure and economy, but it also provided an opportunity to prepare ourselves to cope up in a better way. After the disaster, several steps have been taken to build back better in earthquake-hit areas. At the same time, newly-started Punjab Emergency Service (Rescue 1122) by then established the first Disaster Emergency Response Team in October 2006 that subsequently has been involved in the capacity-building of its search and rescue team as per international standards. Likewise, Emergency Services Academy started training of rescuers from different parts of the country to establish a comprehensive integrated emergency management system in all districts of Punjab and in other provinces.

Today Emergency Services Academy has trained over 20,000 emergency personnel for Punjab, Khyber Pakhtunkhwa, Balochistan, Azad Jammu Kashmir and Gilgit-Baltistan. It also gives satisfaction that the provinces are replicating the integrated model of the emergency service in their areas to provide right to emergency care without any discrimination. It is also a great honour for all citizens that Pakistan Rescue Team (PRT) of the Emergency Services Academy (Rescue 1122 Lahore) has become the first UN International Search and Rescue Advisory Group (UN-INSARAG) classified team in South Asia after completing an extensive evaluation process of several years. The evaluation process took place under the supervision of the UN body’s mentors for national and international disaster response as per global standards. The government through National Disaster Management Authority, UNOCHA and Emergency Services Academy’s classified team striving to train more UN classified teams in the country. Rescue 1122 has also initiated a process to train light search and rescue teams from the world body.

The rescue service has rescued over 9.8 million victims of different emergencies. The modern Fire Rescue Service responded over 170,000 fire incidents and saved losses worth over Rs 510 billion. Motorbike Rescue Service responded over 800,000 emergencies with average response time of four minutes in nine divisional headquarters of Punjab. Over 800,000 patients were shifted by the patient transfer service of Rescue 1122 from lower health facility to higher health facility. During the COVID-19 pandemic, rescue performed frontline role for shifting of over 21,000 corona patients in quarantine centres and hospitals, carried out 4000 corona burials in a dignified manner, assisted heath department for corona patients care in hospitals and provided support in distribution of ration packs to 50,000 deserving families. Furthermore, the emergency service has close liaison through community emergency response teams (CERTs) in all union councils of Punjab. These teams are being established in all union councils to assist in management of emergencies and safety promotion.

In order to educate youth on emergency response, first aid and safety promotion rescue cadet corps are being trained in colleges and universities. The purpose of these cores is to have socially responsible youth and first aider in every home.

Similarly, fifth national cert/volunteer challenge shall also be organised in the academy from 1st to 4th of December to ensure preparedness of volunteers for emergency and disaster response. These community teams shall be evaluated on different skills like incident command management, basic life support and first aid, management of mass casualty incident, community triage, emergency and non-emergency moves, management of fire emergencies, water and flood emergencies, lifting and stabilizing load, and dead body management and basic rescue knots. The continuous strengthening of the emergency services and capacity building of communities are improving the level of resilience in the country and also helping to develop safer communities in Pakistan.