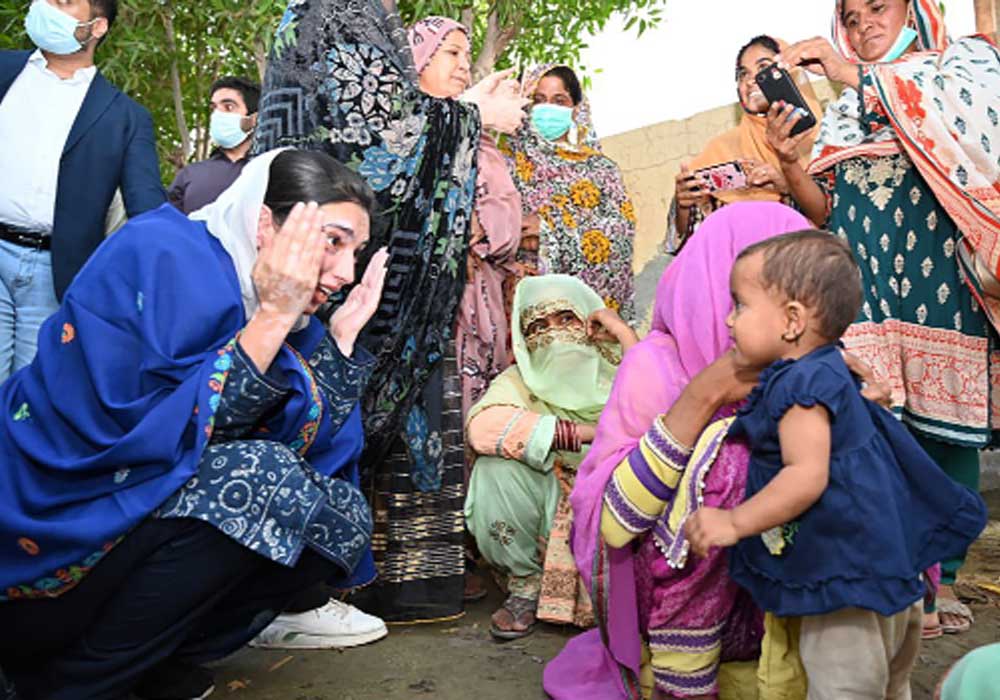 The outbreak of various water-borne districts among the flood survivors of 23 ravaged the districts left 15 more dead on Sunday.

The deaths due to gastro, dirraha, malaria and other districts were unofficially reported from Dadu, Kashmore-Kandhkot, Qambar-Shahdadkot, Larkana, Khairpur, Jamshoro, Shaheed Benazirabad, Badin, Sanghar and some other districts. While several thousand people affected with other viral infections and suffering from water-borne diseases were treated hospitals and at medical camps set up by the officials of health department and various other welfare organizations and NGOs. According to official reports from Karachi said that two more dengue fever patients lost their lives taking to the toll 33 during past few weeks in metropolis alone.

Meanwhile, irrigation officials on the directions of high-ups of Sindh government started repair work on relief cut which was made to the dyke of Manchar Lake at Bagh-e-Yousaf on September 4 to massive pressure of waters in the biggest water lake of the country to realise the waters in Indus River. The irrigation officials that breached point was not only plugged but was also fortfiyed with the help heavy machinery under the supervision of experts and officials. They said that water level Manchhar had drastically came down posing no threat now adding they said more breached points would also soon be plugged in the light of further directives.

They added that cuts to the dykes of Larkana-Sehwan protective bund would be plugged once floodwaters were drained into the mighty rivers from all parts of right bank of the province. Reports from Khairpur Nathan Shah one of the worst affected towns of the province said that despite some decrease in floodwaters life could not come normalcy. Similar reports poured in from flooded towns of Hayat Khaskheli of Badin and Amy localities of Jhuddo town of Mirpurkhas district. The people flooded areas have been left at the mercy of owners of private boats and ferries who were seen charging heavy fares from victims without any let or check for transporting their goods after roads in Dadu, Jamshoro, Mirpurkhas and Badin were either cut to siphon off waters or damages and washed away by ravaging floods.