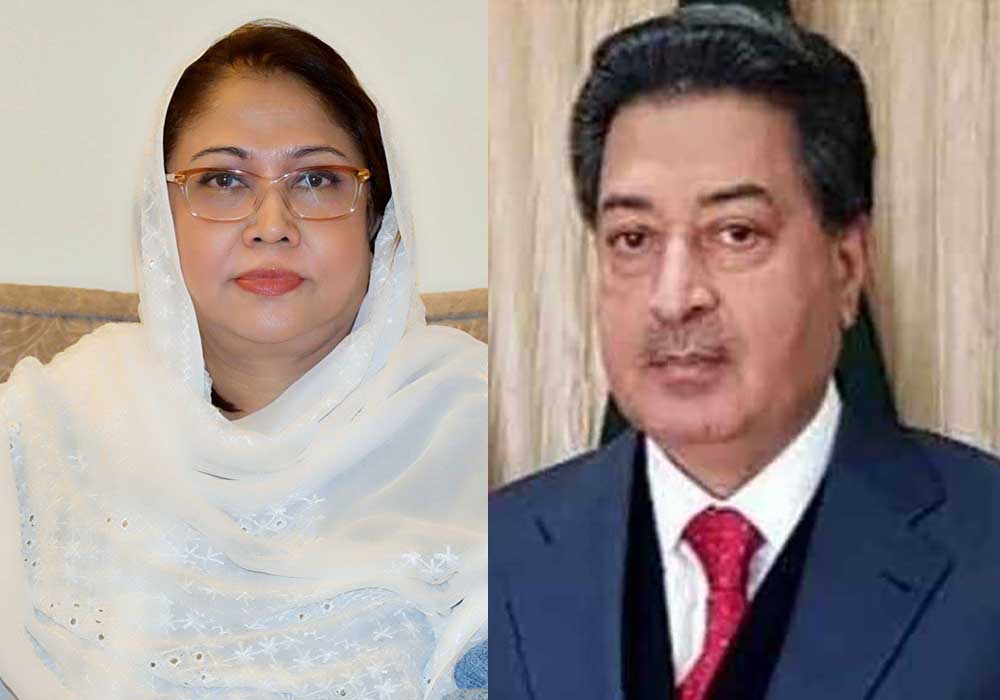 Announcing the judgment, reserved on October 27 last, over a petition filed by Pakistan Tehreek-e-Insaf (PTI) leaders Arsalan Taj and Rabia Azfar against the eligibility of PPP co-chairperson Asif Ali Zardari’s sister as a member of the Sindh Assembly, the ECP said the petitioners have failed to build case against Faryal Talpur as disqualification requires material and concrete evidence.

The ECP declared in its verdict that the respondent had disclosed her assets and that disqualification required material and concrete evidence. The petitioners failed to make a case for disqualification, it added. The petition had alleged that the PPP leader should be disqualified under Article 62 of the Constitution as she failed to declare details of her assets before the ECP, which means she is no longer ‘Sadiq and Ameen’.

Faryal Talpur owned properties in Larkana and Shahdadkot, and that she had been nominated in a case pertaining to billions of rupees in corruption through fake bank accounts, the petition stated. On the last hearing, the counsel of the two sides appeared before the electoral body for final arguments in the case.

“Talpur didn’t declare her assets properly and concealed facts,” the petitioner’s counsel argued. “It is not a case of non-declaration, all assets of my client have been declared,” Talpur’s lawyer argued. “Show your record, which will end the case,” told Faryal Talpur’s lawyer to the commission. Talpur was elected from the PS 10 Rattodero constituency of Larkana during the 2018 general elections.

President, Pakistan Peoples Party (PPP) Women’s Wing & Chairperson of Sindh Assembly’s Standing Committee on Home, MPA s Faryal Talpur welcomed the dismissal of an application for her disqualification filed with the Election Commission of Pakistan (ECP) by Pakistan Tehreek-e-Insaf (PTI). The ECP rejected the petition filed by PTI for the disqualification of Ms Faryal Talpur on the basis of lack of evidence and mere baseless allegations.

The ECP had reserved its judgment on October 27 after arguments were completed on the filed application. Faryal Talpur called the ECPs rejection of PTI’s request a victory for the truth, and thanked Almighty Allah on the dismissal of an application filed for the disqualification. She also termed this success as a victory of the truth and that victory belonged to Chairman Bilawal Bhutto Zardari and President Asif Ali Zardari including all Jiyalas who prayed for its dismissal and stood steadfast during his time.

She said that said case was a conspiracy to deprive the people of their real representatives which stood  exposed and failed, adding that the false cases, jails and negative propaganda never weakened them before or could make them weak, come what might happen in the future. She said that serving the people was her mission; for this the flag of a party of martyrs; Mohtarma Benazir Bhutto and Shaheed Zulfikar Ali Bhutto would be kept flying higher in all circumstances.