Card will enable people to avail medical treatment of up to Rs1m a year at govt, private hospitals 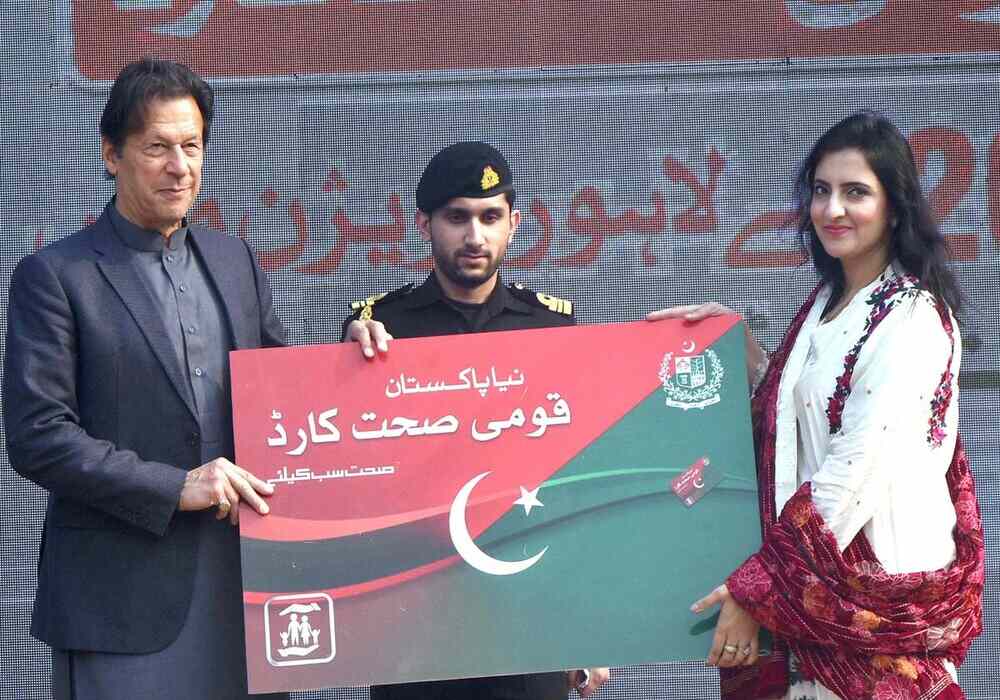 Prime Minister Imran Khan on Friday launched the distribution of Naya Pakistan National Sehat Card among the entire population of Punjab, enabling every family to avail medical treatment of up to Rs1 million a year at both government and private hospitals.

Calling it a “revolutionary step”, the prime minister said, “Neither everyone can take nor did any of the governments in the past take such a bold decision of providing Rs1 million health insurance to the entire population.”

Addressing the launch, he lauded the Punjab chief minister, health minister and their entire team, and said the Punjab government had moved on a course which would uplift the country, in pursuance of the forefathers’ vision to make Pakistan an Islamic welfare state.

He said that under the programme, 30 million families would benefit from the health insurance facility, which would cost Rs400 billion to the government.

Citing Madina state as the first welfare state that fulfilled all basic needs of its citizens, the prime minister said that unfortunately, no such state was found in the Muslim world; rather the Scandinavian states were close to that model. Naming Denmark, Norway and Sweden, the prime minister said a state always believed in inclusive growth and had compassion for the weaker segment. He said any individual or nation abiding by the teachings of Allah Almighty would get His blessings.

He said all the Scandinavian countries did not have more resources than Pakistan, but they were more prosperous by having adopted the model of a welfare state. “Today, the Punjab government took such a step to put the country on the course of uplifting this nation… If we don’t opt that course, it will be great treachery with the Indian Muslims who had voted for it,” he remarked. The prime minister told the gathering that time would prove that the initiative of Sehat card, involving almost equal funding, would have far better outcomes than the metro buses or orange line train.

He said all families across the province would get the Sehat card by March and also resolved to replicate the model in Balochistan, Azad Jammu and Kashmir and Gilgit-Baltistan.

The prime minister said the health card would lead towards the development of health infrastructure across the province, as it would attract the private sector to build hospitals even in remote areas. He said the government would shut down public hospitals in far-flung areas where the doctors did not want to be posted, to save the cost. He said the government would incentivise the private sector by allowing duty-free import of their equipment to expand the network of private hospitals.

The prime minister told the gathering that a silent revolution was in the making through the government’s initiative of housing construction loans by banks for the salaried class after the government removed all the impediments. He said the people had applied for loans worth Rs260 billion, of which Rs110 billion worth of loans had been approved and Rs34 billion disbursed already.