District committees to be formed for rain damage assessment

District administration, Corps 5 representatives to work together for flood-hit areas 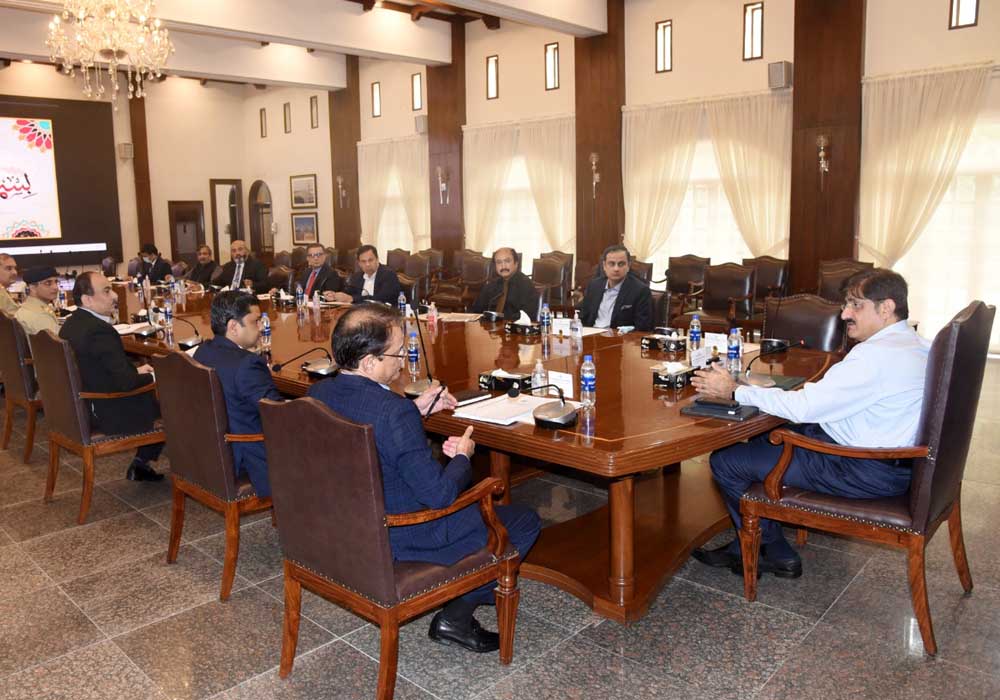 “The purpose is to reach the affected families and support them in a transparent, proper, and decent way,” the CM told this to participants while presiding over a rain emergency and relief meeting here said a statement issued by a spokesperson of the CM’s House. The CM Sindh said that the committees being formed at the district level would not only work for relief, rescue, survey, early recovery, and damage assessment but to procure all the required materials and goods, right from tents, mosquito nets, food items, medicines, machinery, and such other things.

It was pointed out that the Provincial Disaster Management Authority (PDMA) has distributed 80,000 tents and has placed an order for another 180,000 tents but a requirement of one million tents has been generated by the district admonition. The chief minister said that the River Indus was in high flood, Guddu Barrage has 517392 cusecs upstream and downstream flows, Sukkur Barrage 597753 and Kotri 297178 cusecs flows.

“Comparatively our embankments of our rivers are in a better position than the flood situation of 2010 and 2011 but even then, various vulnerable points are under pressure,” he said and added if the mountains range of Punjab received more rain the flows in the river would increase thereby exerting more pressure on the protective walls.

Murad said that the people living in the Riverine Belt had vacated their houses and had started lining the embankment of the river. In case of any emergency situation, they would migrate further to the main roads. He added that he has travelled across the province and found thousands of people have set up their cottages, and tents along the main roads. It was decided that tent cities would be set up at the union council level so that people could be shifted to one place which would be easier for the administration to provide them with all necessary facilities at one place. However, it was also decided that tents would be given to people separately.

The chief minister said that the Crops-V would also help the district administration in the distribution of ration bags and other materials. The issue of disposal of water from the cities and towns came under discussion. Since the nearby canals/branches are flowing at their maximum capacity, therefore they don’t carry/accept rainwater in natural gravity. The meeting decided that the district administration would use diesel engines and electricity to pump out water from the cities and towns for which necessary machinery would be provided to them on an emergency basis.

At this, the PDMA told the meeting that they have already provided dewatering machines, pumping machines, and generators. The chief minister while concluding the meeting said that the survey of the damaged houses, crops, and loss of livestock would help the government to prepare a plan to rehabilitate the affected people.