Divide in House of Gujrat

Have Chaudhrys lost their significance in Pakistan’s politics? 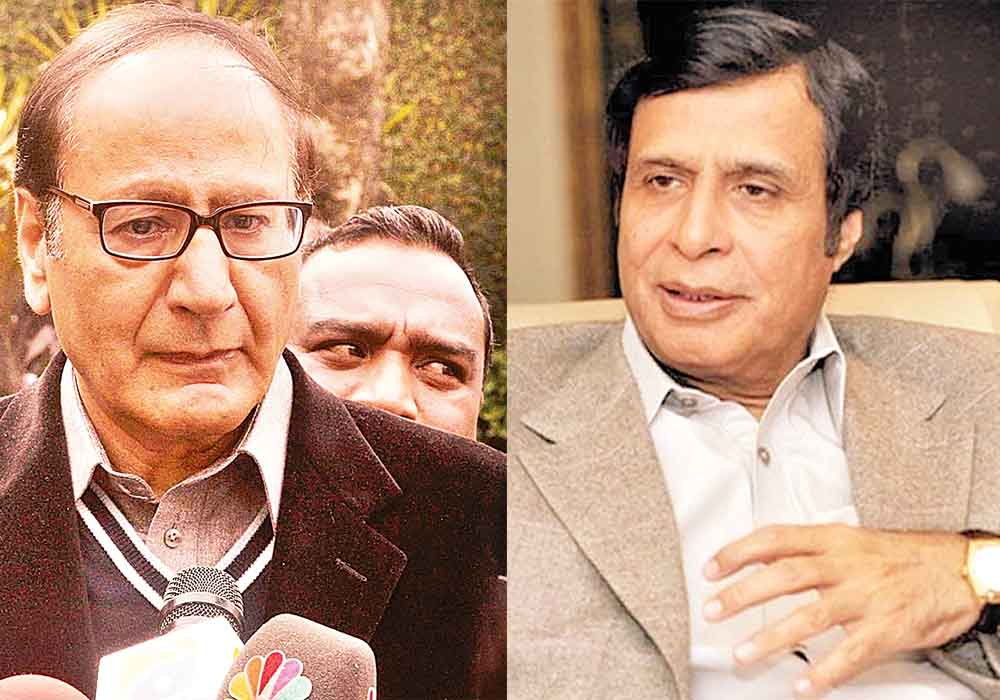 Pakistan’s leading journalist Hamid Mir had posed a harsh question to Chaudhry Shujaat Hussain during the launching of the autobiography of the Pakistan Muslim League-Quaid (PML-Q) president at a local hotel of Lahore in 2018.

“Chaudhry sahib, would you tell us on whose directions you [people] decided to back Sharifs time and again despite the latter’s betrayal?”

Mir was referring to Chaudhry’s book “Sach to Yeh Hay” (This is the truth) in which the former prime minister claimed they (Chaudhrys) entered into an agreement with Pakistan Muslim League-Nawaz (PML-N) supremo Nawaz Sharif at least on five occasions but the three-time PM deceived them every time. Chaudhry had not responded then. Mir is perhaps reluctant to ask the question now, but it still stands valid after four years when Chaudhry again decided to go with Sharifs. His house is divided. Cousins are fighting and it presents the scenes of Prakash Jha’s Raajneeti – a 2010’s political thriller in which the president of Rashtrawadi party Bhanu Pratap (Jahangir Khan) surrenders his power at the death bed in favour of his son Veerendra Pratap (Manoj Bajpayee), ignoring his younger brother and nephew.

Chaudhry Salik Hussain, the son of Shujaat, has been given the portfolio of federal minister as a reward for standing with the opposition alliance, which came into power after ousting the Imran Khan government. Salik says the PML-Q is his father’s party who will decide the fate of his uncle and cousins.

Shujaat’s cousin Ch Parvez Elahi and his son Ch Moonis Elahi are the allies of the Pakistan Tehreek-e-Insaf. Efforts are on to nominate Ch Hussain Elahi as opposition leader in National Assembly. Hussain is son of Ch Wajahat Hussain, the brother of Shujaat, who has taken the side of his cousin Elahi instead of his brother in the political battle. Moonis as the water minister had asked Imran Khan before his ouster “Ghabrana nahi” (No need to worry) by repeating the former prime minister’s famous phrase. He said he had learnt from his family never to trust Sharifs. He said he announced supporting the PTI during the difficult time and would not turn back. Salik said his father gave word to Pakistan People’s Party co-Chairman Asif Ali Zardari, and they would stand by their promise.

Chaudhry Shujaat has long been serving in Pakistan’s politics as Dhritarashtra- a Kuru king who featured heavily in the Hindu epic Mahabharata as the interim king of the Kuru Kingdom with its capital at Hastinapur. Undoubtedly, the House of Gujrat has long been playing a key role as kingmakers of Pakistan. But what next?

After facing a betrayal from the Sharifs on five occasions, Ch Shujaat made a bet on Zardari the sixth time. Only time will decide how it will be a win. Many believe there are no differences among the Chaudhrys, but they decided to stay in power by making alliances with the PPP and the PTI. With their role limited to only Gujrat and the influx of new faces in Pakistani politics – who no longer have the traditional regards for veterans – they are fighting for their survival.

Interestingly, it is not the first time that Chaudhry appeared sympathetic towards the former president. During the book launch, Shujaat had also claimed that Nawaz Sharif had pressurised him to book Zardari in a narcotics case when he was the federal interior minister in Sharif’s cabinet. “Had Chaudhry Shujaat got me booked in narcotics case, I would not have become president of Pakistan,” the PPP co-chairman said in an interview in 2011.

In his memoir, Ch Shujaat also attributed the PML-Q’s defeat in 2008 general elections to a US conspiracy, saying General (r) Pervez Musharraf and then US secretary of state Condoleezza Rice hatched the plan to keep the party out of the power corridors. However, he now sees no conspiracy against Imran Khan-led former government, openly negating the stance of half of his family members.