Djokovic battles back to beat Sinner and reach semi-finals 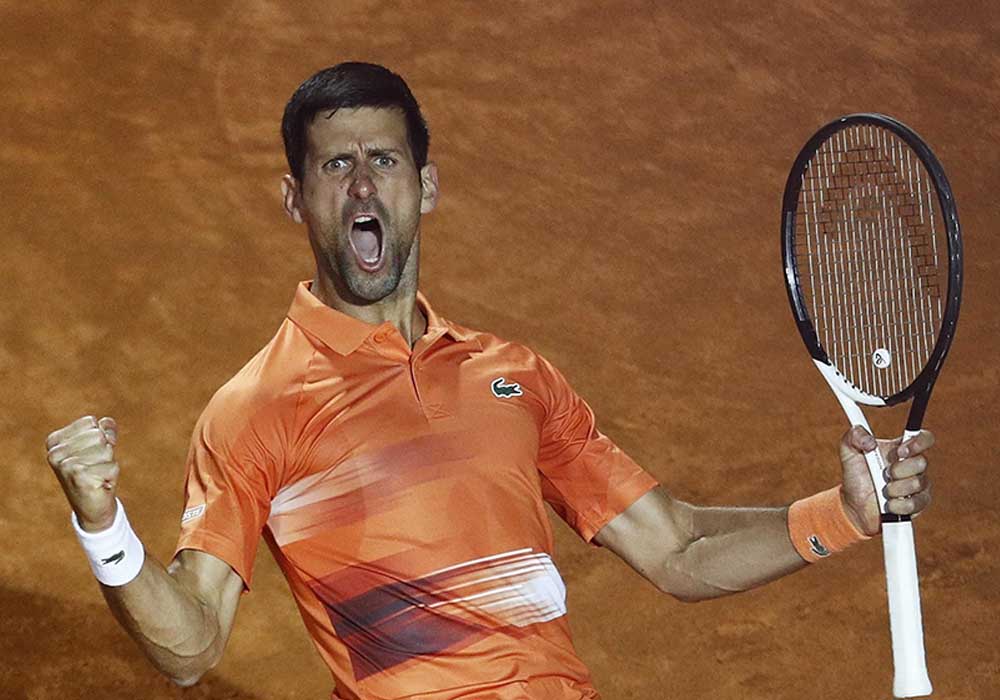 Just when Novak Djokovic’s troubling year looked like hitting another low he salvaged his bid for a fourth successive Wimbledon title by coming back from two sets down to beat Italian Jannik Sinner on Tuesday.

The Serbian top seed had looked in all kinds of trouble against the inspired 20-year-old after being outplayed for two sets but stormed back to win 5-7 2-6 6-3 6-2 6-2.

In the end there was an air of inevitability about the outcome as the battle-hardened 35-year-old seized control to reach his 43rd Grand Slam semi-final and 11th at Wimbledon.

Djokovic has not been able to add to his 20 major titles this year after being deported before the Australian Open following a COVID-19 standoff and then losing to Rafa Nadal in the quarter-finals of the French Open. But he kept alive the prospect of facing second seed Nadal in Sunday’s final with a superb comeback, the seventh time in his career he has triumphed after losing the first two sets.

Sinner, who was bidding to follow in the footsteps of compatriot Matteo Berrettini who reached last year’s final, showed why he is being tipped as a future Grand Slam champion but he faded in the face of a Djokovic onslaught.

When the Serbian produced a miraculous backhand winner on the slide to earn a break in the seventh game of the fifth set, ending on his belly in a superman posture, 10th seed Sinner knew that he was facing mission impossible.

The Italian belted a volley long on the next point and then Djokovic held to love to seal victory.