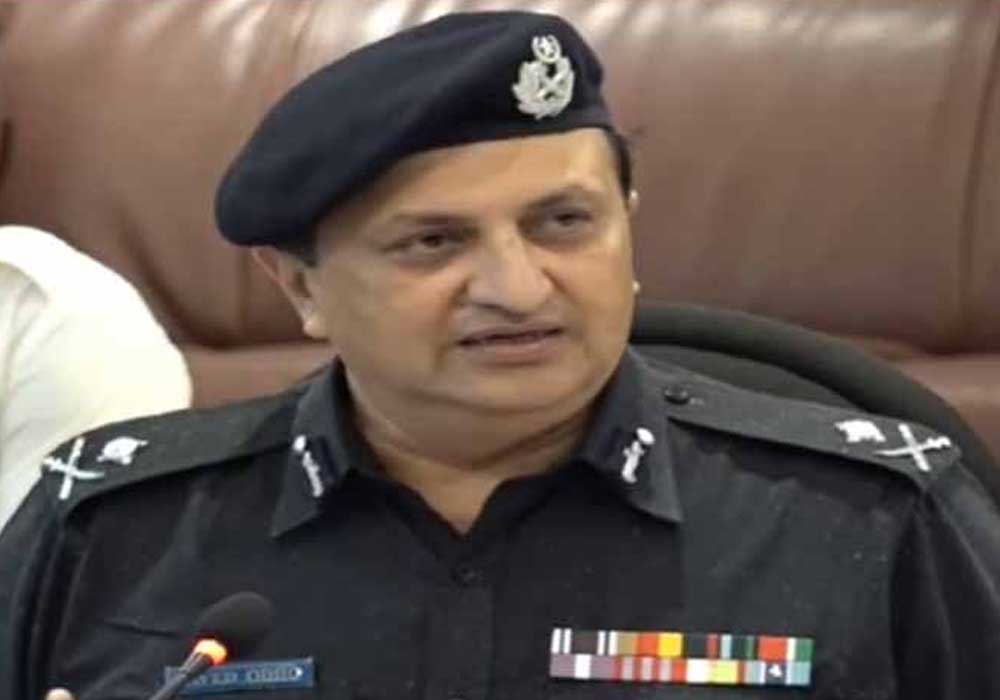 Karachi Police Chief Additional Inspector General (IIG) Javed Alam Odho has appealed to the citizens of Karachi not to resist the robbers.

Karachi Police Chief Javed Alam Odho held a press conference over the murder incident of NED University student Bilal Nasir on University Road in Karachi. He said that after the death of Bilal Nasir the team of SSP East started working and with the help of CCTV footage and other evidence one of the accused Nizamuddin was arrested in an injured condition.

He also said that the accused Nizamuddin was an Afghan resident who was living in Jamali Goth while the second accused had been identified and his relatives were being investigated and efforts were being made to arrest him soon.

Karachi Police Chief said that increasing unemployment and poverty were the reason for the increase in street crimes while Afghans living illegally in Karachi needed to be brought under the law.