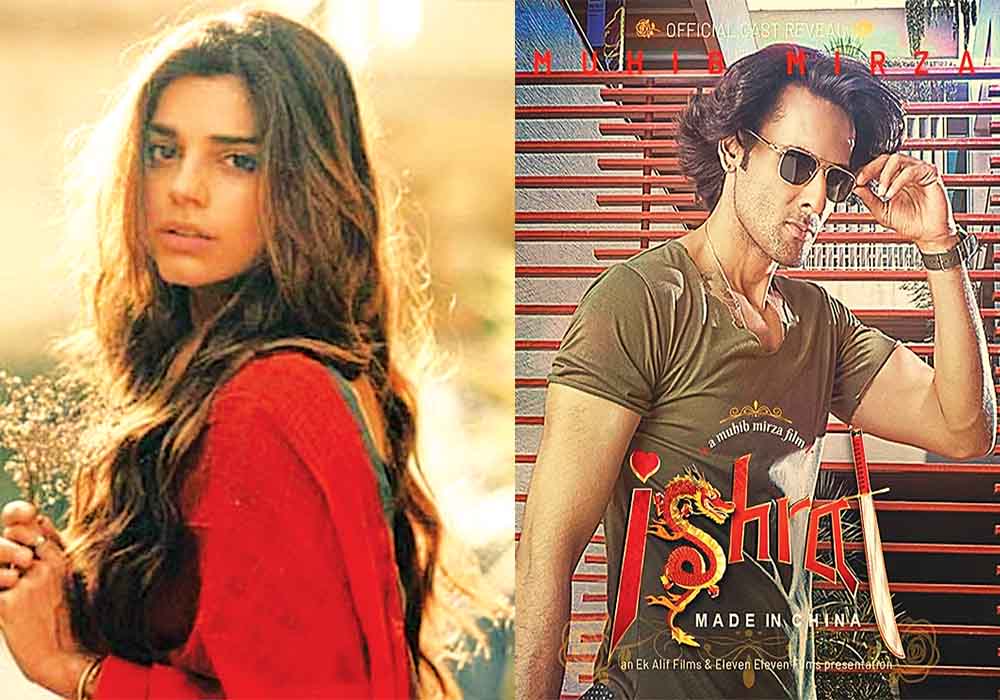 One of the many upcoming Pakistani films is â€˜Ishrat Made in Chinaâ€™, which has everyone excited not only because it stars a popular character from the mid-2000s, that of Ishrat executed by Mohib Mirza on television, but also because Mirza has directed and produced the film himself, thereby bringing before the audience an extension of his much-admired titular character from the series â€˜Ishrat Bajiâ€™.

The teasers of the film have been released, and this project that is set to hit the cinema screens on March 3 stars Mohib Mirza himself along-with Sanam Saeed, Sara Loren, Shamoon Abbasi, HSY, Nayyar Ejaz, Ali Kazmi and Shabbir Jan. A few days back, a song from the film was also released, a dance number with Mohib Mirza and Sanam Saeed shaking a leg together in a simulation of a typical desi mohalla characterized by the presence of young boys, food stalls, innumerable dilapidated shops standing close to each other and girls and women observing the street happenings from their balconies.

Sanam is observed wearing an eastern yet somewhat gaudy dress, exuding a very desi persona, that too of a desperate young girl who has fallen for a guy and is also into all the cheap publicity mobile phone apps.

Following the release of the song, a lot of comments poured in, with the majority seeming quite disappointed with the kind of role Sanam has chosen for herself this time and also the way she has executed it. â€˜It doesnâ€™t suit herâ€™ was the most reiterated statement in the comments section, with no one ready to accept the â€˜Qatil Haseenaoâ€™n Ke Naamâ€™ performer in the role of a woman who is head over heels in love and doesnâ€™t seem to get over it.

Prior to her recent rebellious project â€˜Qatil Haseenaoâ€™n Ke Naamâ€™, Sanam has worked in hard-hitting serials, which have taken care to subvert societal stereotypes, such as â€˜Zindagi Gulzar Haiâ€™ and â€˜Mata-e-Jaan Hai Tuâ€™. Following her frequent exhibition of strong-headed characters, people have grown accustomed to seeing a dashing and unapologetic Sanam, who even in her film and dramatic projects, has bigger goals to achieve.