Drive to vaccinate 1.5mn kids against polio from 22nd 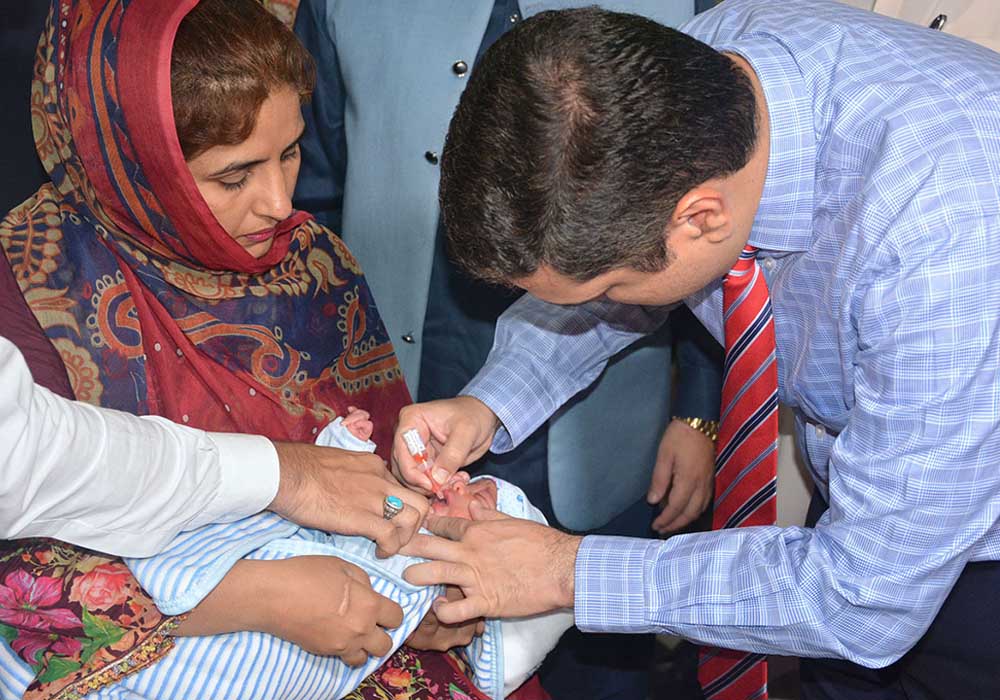 As many as 1.5 million children up to five years of age would be administered polio drops during the next anti-polio campaign, which would run from August 22 to 28 in Faisalabad, with nearly 5,000 teams performing duty during the campaign.

Expressing his views, the deputy commissioner said that the anti-polio campaign required attention and utmost responsibility to completely eradicate the polio virus from the country.

He directed that every child of up to five years of age must be vaccinated. He said that he would check the performance of polio teams by visiting different areas of the district. He emphasised continuing wide awareness campaign for the information of the parents.

The deputy commissioner said that the anti-polio campaign could only be made successful with the cooperation of parents, and all-out source of publicity should be utilised for mobilising the parents to get their child administered with polio drops.

He said that administrative machinery would remain active during the polio campaign for the supervision. He informed that this polio campaign would last for seven days. The deputy commissioner asked the DHA that the polio teams must reach each and every child of less than five years of age for administering the polio vaccine.

He informed that a comprehensive security plan had been devised for the protection of polio teams, and the officers of the district administration would also remain in the field to supervise the arrangements.