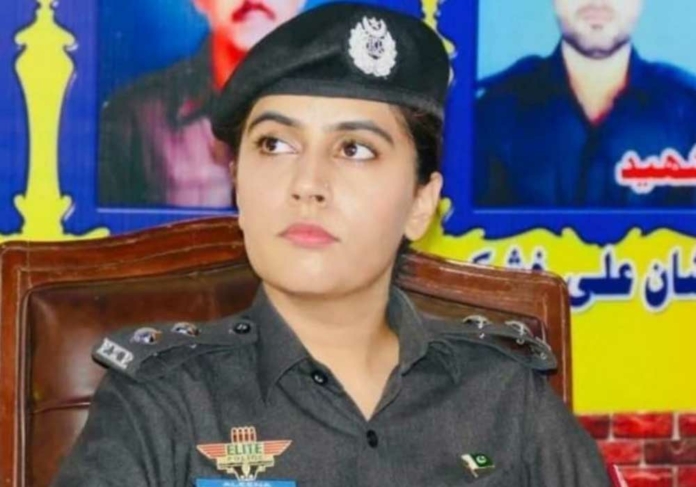 DIG Hyderabad Syed Pir Mohammad Shah has said that the stronghold of drug peddlers in Tando Mohammad Khan has been busted in a successful police operation.

After several hours of police operations in Tando Mohammad Khan against the powerful gutka and mainpuri mafia, DIG Hyderabad Pir Mohammad Shah told media on Wednesday said that the stronghold of drug peddlers in Satar Mori area has been destroyed. DIG Shah said that the accused first tried to attack a female police officer and held the police officer and officers, including ASP Aleena Rajpur hostage for several hours.

Shah said that mainpuri and other stuff were prepared in every house in the entire area, drug peddlers built palace-like houses in the area, while the suspects pelted police teams with stones during the long operation, in which a woman ASP, Aleena Rajpur, was also injured. He said that the police of five districts participated in the operation and many accused were arrested in the operation. The raw materials used for making gutka and mainpuri worth crores of rupees were also recovered in the operation.

It must to be noted that early on Wednesday Tando Mohammad Khan’s operation against the gutka mafia faced stiff resistance from the police. ASP Aleena Rajpur from Hyderabad was held for many hours along with her colleagues, while at least six policemen were injured, many accused were arrested and separate FIRs were registered against those arrested and who escaped. While an influential person, Akbar Leghari, who is said to have been involved in the patronization of such crimes in TK Khan could not be arrested by police teams. The massive operation was also resumed in Badin district on Wednesday under the supervision of the SSP Shahnawaz Chachar.