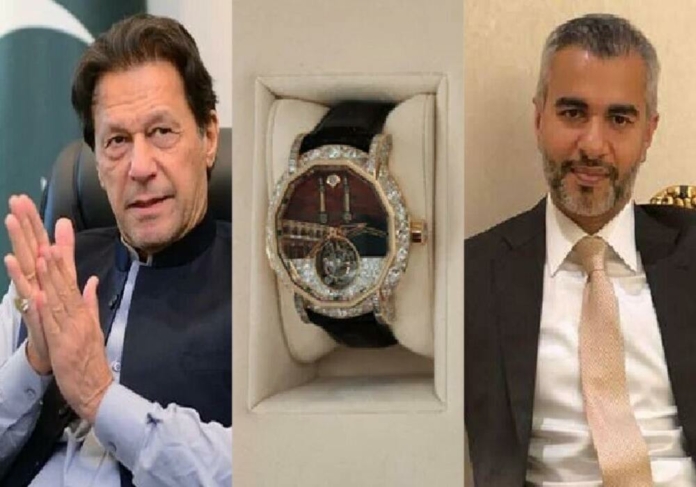 According to local media reports, the watch dealer claimed that the picture of the watch on social media was only posted for promotional purposes.

He asked them not to drag their name for political point scoring or they will take legal action.

He stated, “We want to clarify that we did not sell Makkah limited edition watch.”

Earlier, Umar Farooq Zahoor claimed in an interview with Shahzeb Khanzada that he spent $2 million on pricey items that the PTI Chairman received as a present from the Saudi Crown Prince Mohammad bin Salman.

He also claimed that the former premier’s accountability adviser Shahzad Akbar had gotten in touch with him in 2019 to try to sell him watches, rings, and other presents. He added that he had proof to back up his claims.

The businessman continued by claiming that after he refused to comply with the demands of his ex-wife Sophia Mirza, Shahzad Akbar later blackmailed him and had fictitious money laundering cases filed against him by the Federal Investigation Agency (FIA).