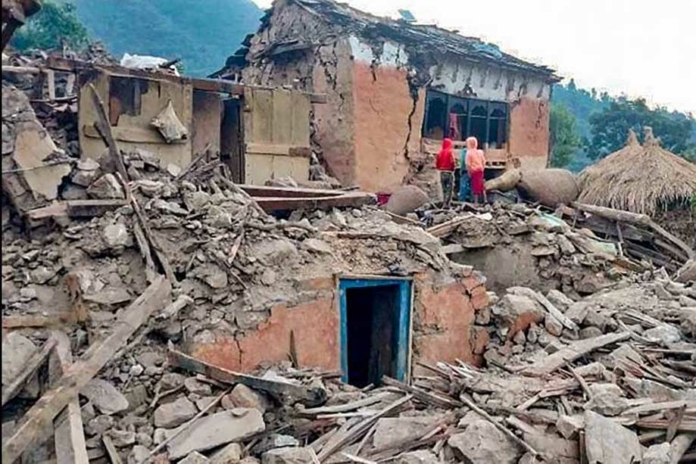 An earthquake of magnitude 6.6 that struck Nepal killed at least six people, destroyed several homes in the western region of Doti, and jolted the Indian capital New Delhi.

On Wednesday, according to the deputy superintendent of police in Doti Bhola Bhatta eight houses fell, injuring five additional persons, corroborating a previous estimate given by a representative of the home ministry Tulsi Rijal.

According to authorities, the injured were taken urgently to a nearby hospital.

Prime Minister of Nepal Sher Bahadur wrote on Twitter, “I have instructed the relevant agencies to arrange immediate and proper treatment of the injured and the victims.”

The earthquake originated at a depth of 10 km and had a focal point around 158 kilometres (100 miles) northeast of Pilibhit, a populated city in the neighbouring Indian state of Uttar Pradesh.

Approximately 350 kilometres (220 miles) from Doti, New Delhi and the neighbouring areas reported feeling tremors in the wake of the earthquake.