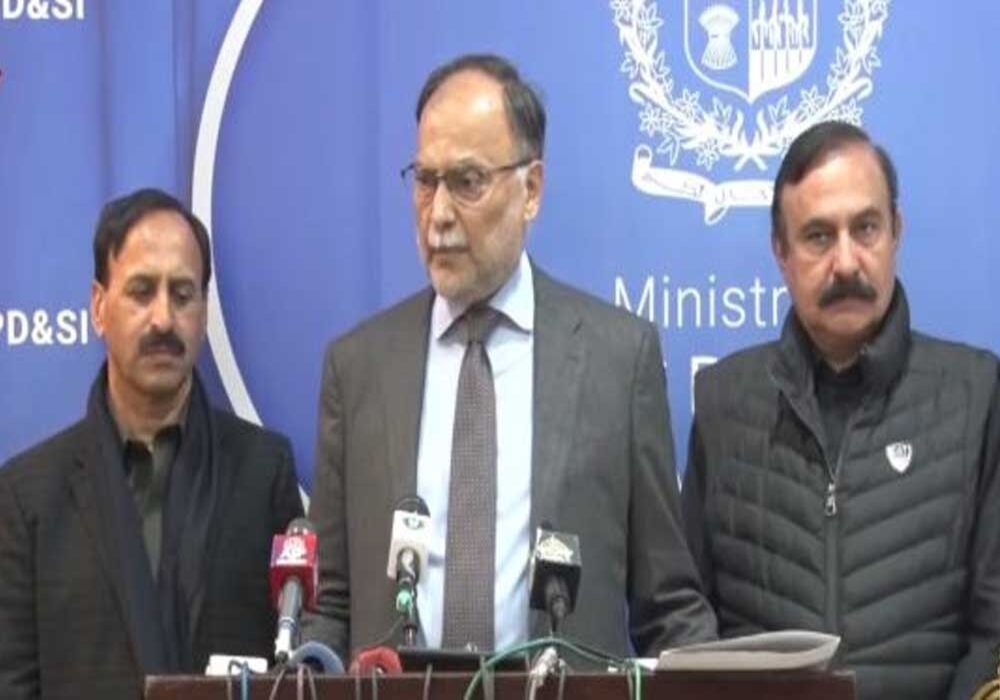 The Executive Committee of National Economic Council (ECNEC) has approved the National Youth Laptop Scheme worth Rs10 billion to help the youth improve their digital skills.

Addressing a press conference on Thursday, Minister for Planning, Development and Special Initiatives Ahsan Iqbal said that 100,000 students would get the laptops under this scheme while Baluchistan students would get a special quota in the scheme.

Further, he said that students who do not fall under the scheme due to merit would also be able to get laptops on easy installments through commercial banks.

Similarly, he said the ECNEC also approved Sindh Human Capital Investment at a cost of Rs55 billion and Flood Response Emergency Housing Project at a cost of Rs160 billion to rebuild the houses in flood-hit areas of Sindh province. The World Bank is financing both projects.

The ECNEC also approved the scholarship project for 5000 students in Balochistan and erstwhile FATA who would be able to get an education in the universities of developed areas of the country under this project.

Ahsan Iqbal said the ECNEC also approved another project worth Rs80 billion to reconstruct the infrastructure in the flood-hit areas of Balochistan. He said the federal government was financing this project through its own resources. Under this project, 10,000 Balochistan students would also be given paid internships, he added.

He said the ECNEC also approved another project under which the engineers and technical graduates would get a one-year paid internship (Rs40,000 per month) in all the development projects under Public Sector Development Programme (PSDP).

The ECNEC also approved 75 scholarships that would be awarded to Pakistani students who manage to get admission in the world’s top universities.

He said Pakistan witnessed the worst climate change disaster last year in which the country had to face a loss of over $30 billion.

On January 09, he said Pakistan’s friendly countries were meeting in a conference in Geneva hosted by the United Nations Secretary-General where the international community will express solidarity with Pakistan and it is hoped that Pakistan would get the resources required to take forward the reconstruction process in the flood-hit areas of the country.

This is an unprecedented challenge that affected our agriculture production and agriculture stocks due to which Pakistan had to import a huge amount of grains and other food items, he added.

Speaking about rising inflation in the country, Ahsan Iqbal cited five reasons behind the inflation.

First, he said that after 2018, the PTI government followed the policy of devaluation of Pak rupee that laid the foundation of inflation in the country. Second, the PTI government had reduced petroleum prices artificially despite the fact that international prices were climbing. On the other hand, PTI had also agreed with the International Monetary Fund (IMF), according to which the government was bound to withdraw subsidy on petroleum products.

“Therefore, we had no option but to act upon the IMF agreement and the government had to increase the prices at once by Rs 100 per liter which fueled the inflation across the country,” he added.

Another reason for inflation, he said that the PTI is in the government in Pakistan’s 52% areas and Punjab play important role in stabilizing the supply chain of commodities.

The Punjab government, he said is giving free hand to the hoarders and profiteers due to which the inflation is going up.

The fourth main reason behind the inflation is that after the Ukraine war, a super shock in the supply chain of commodities across the world came when the prices of all grains jumped manifold. He said Pakistan was self-dependent in agriculture production but now in 2022 we are importing sugar, wheat and cotton which put a burden on the country’s forex reserves.