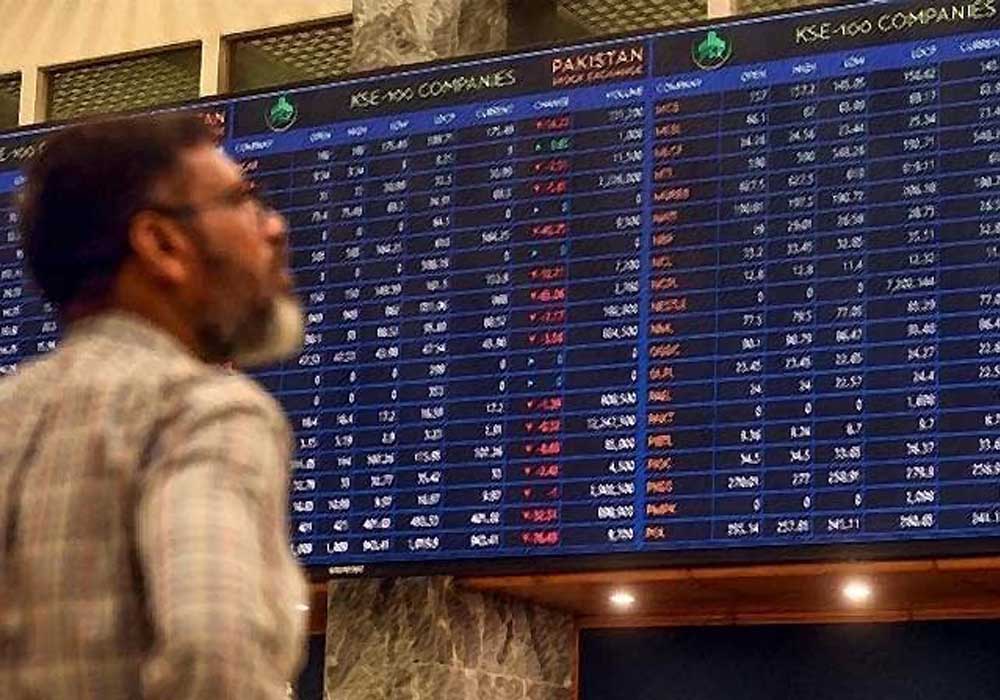 Prior to declining and entering the red zone the KSE-100 index rose in the morning hours and reached an intraday high. However, in the closing hours selling pressure increased. Sectors with high index weights including banking, oil and gas, cement and chemicals finished in the red.

According to the most recent statistics issued by the Pakistan Bureau of Statistics country’s trade deficit has decreased by 32.65 percent to $17.133 billion for the first half (July-December) of the current fiscal year as compared to $25.438 billion during the same period last year (PBS).

Additionally, the rupee slightly depreciated versus the US dollar on Wednesday and ended the day down for the 11th straight session. The rupee decreased Rs0.01 to settle at 226.95.

Oil and gas exploration firms (down 49.36 points), banking (down 36.52 points) and power generation and distribution (17.66 points) were the industries driving the benchmark KSE-100 index down.

Sui Southern Gas Company, Al-Shaheer (R) and Dewan Motors were the top three issuers by volume. On Wednesday shares of 325 firms were traded of which 128 saw gains, 173 saw declines and 24 saw no change.