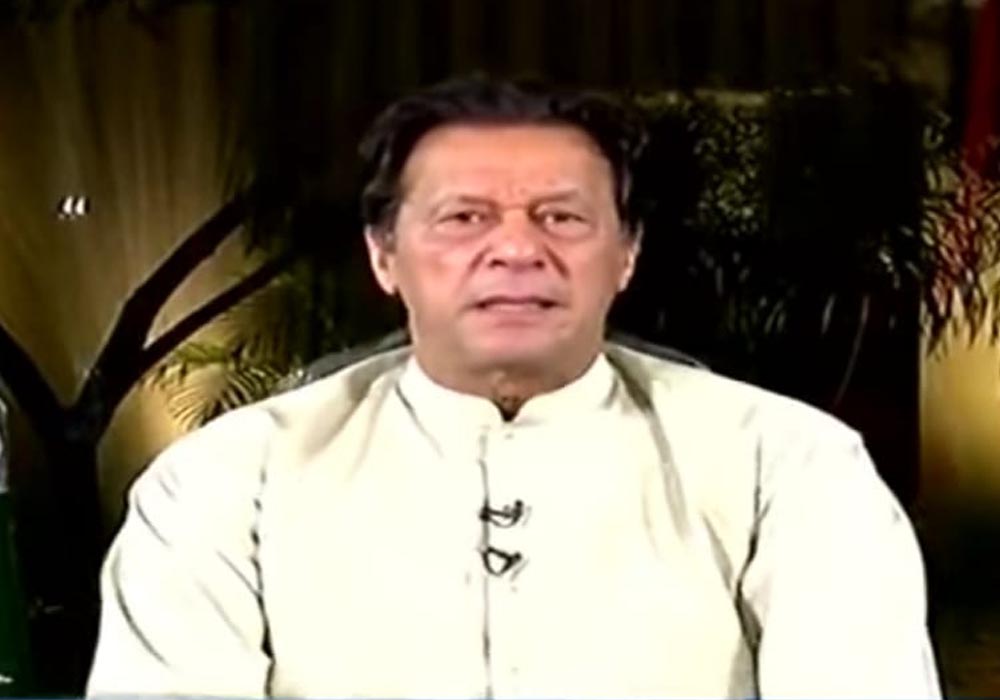 The former prime minister and Pakistan Tehreek-e-Insaf (PTI) Chairman Imran Khan has reiterated his call for early elections to resolve economic problems saying that never in the country’s history has there been such a bad economic situation as it is today.

He said that newspapers and media houses should have warned on which dangerous curve Pakistan was standing. He said that their effort was to tell how Pakistan has reached here and what the solution to get out of it was.

He said that when they had made the policy the example of the Soviet Army was mentioned which was the most powerful but when it went down economically. He said that the national security institutions, of which the army is a big component, should think about where Pakistan stood today and the judiciary should also play a role.

Imran Khan reiterated the performance of his tenure and said that remittances and exports were recorded during their tenure. He said that the dollar gap has been increasing and these two parties had made the country indebted.

PTI Chairman claimed that foreign investors or commercial banks have to give money to Pakistan because Pakistan’s credit risk rating had reached almost 100 percent which was 5 percent in their time. He said that when money was not coming there was no economic activity. He added that he had never seen a more terrible scenario inside Pakistan which was coming out today.

The former prime minister said that everyone knew that the only solution was a clean and transparent election.