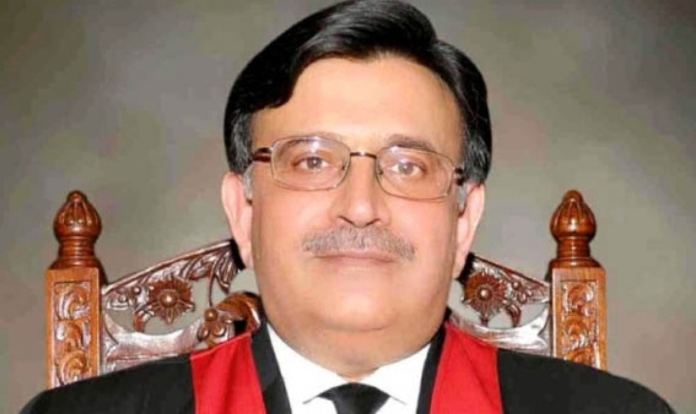 Chief Justice of Pakistan (CJP) Umar Ata Bandial on Thursday said that Election Commission of Pakistan (ECP) is not empowered to disqualify a public representative under Article 62(1)F.

A three-member SC bench comprising Chief Justice Umar Ata Bandial, Justice Syed Mansoor Ali Shah and Justice Ayesha A Malik heard the case filed by Pakistan Tehreek-e-Insaf (PTI) leader Faisal Vawda challenging his lifelong disqualification by the ECP and the subsequent ruling by the Islamabad High Court (IHC). During the course of proceedings, the chief justice said that the ECP decided the matter after considering over the facts, which was upheld by the high court.

Addressing the counsel, the chief justice said that he should think about the points of the case. In Faisal Vawda disqualification case, not only senior but also two ex-chairman Senate were lawyers, he added. Subsequently, hearing of the case was adjourned till November 9.