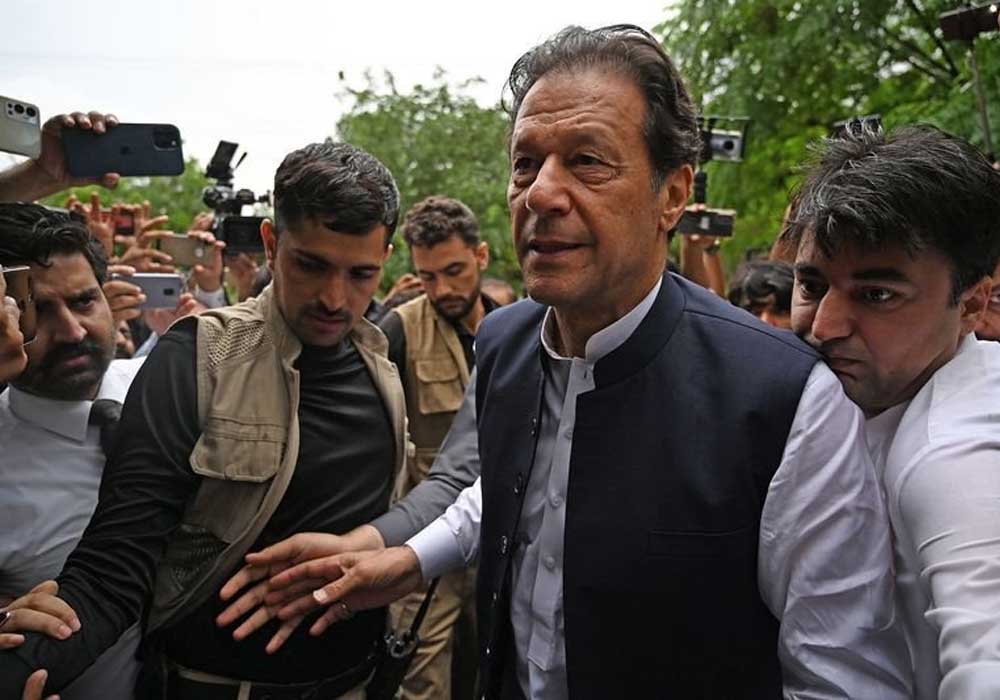 Election Commission of Pakistan (ECP) has reserved the verdict in the Toshakhana case against former prime minister and Pakistan Tehreek-e-Insaf Chairman Imran Khan.

During the hearing today, Imran Khan’s counsel admitted that the ex-premier had sold at least four presents further saying that the details of gifts received till 2021 had been provided to the ECP. He also said that the Pakistan Tehreek-e-Insaf (PTI) chairman had declared the tax paid on income of Rs58 million received from sale of gifts.

Barrister Ali Zafar represented Imran Khan in the Toshakhana case. He admitted that during 2018-19, former prime minister had sold at least four presents that he had received.

A member of ECP asked about the source of income that was used to purchase the gifts from Toshakhana. Barrister Ali Zafar said that they were not willing to reveal these details to the ECP, adding that the PTI chairman had received gifts worth Rs1.7 million during 2019-2020.

Ali Zafar also said that they had provided the details of gifts that were received till 2021.

Imran Khan’s lawyer also stated during the proceedings that the receipt of the sale was mentioned in the income tax return records. He added that the tax paid on income of Rs58 million by the sale of those gifts was declared.

Earlier, Imran Khan has termed the Toshakhana case against him as false and baseless in a 60-page reply to the ECP. Rejecting all the allegations against him, he had stated that he did not hide those assets.

The Toshakhana reference, filed on behalf of the Pakistan Democratic Movement (PDM), had claimed that Imran Khan had paid for only some of the items but most of the items were taken from the Toshakhana without a payment.