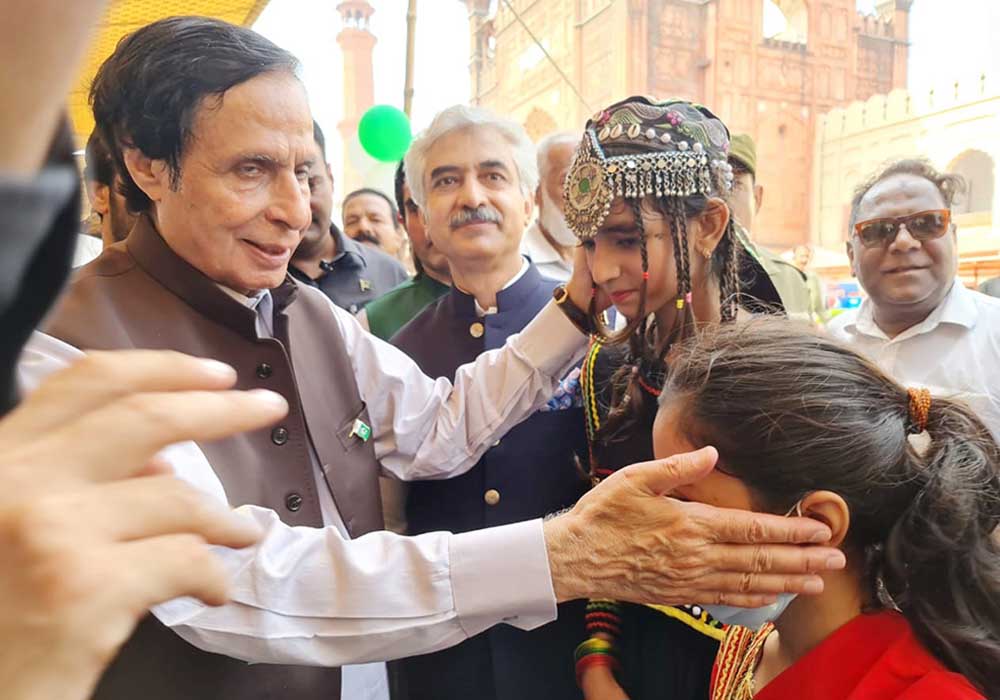 Speaking on the occasion of Independence Day, he said, “Our identity is due to Pakistan and if Pakistan had not come into existence then we would have no identity. The Chief of Army Staff of Pakistan Armed Forces General Qamar Javed Bajwa has made the defence of Pakistan invincible. No one can look towards Pakistan with evil eye. The services of General Qamar Javed Bajwa are highly praiseworthy for eradicating terrorism from the country,” the chief minister said while addressing the central ceremony of the 75th Independence Day of Pakistan at the Hazuri Bagh.

He said that Allah has granted us paradise in the form of Pakistan and it is our collective responsibility to contribute our part of work in order to make the country prosperous. Quaid-d-Azam Muhammad Ali Jinnah undertook an untiring struggle to attain a separate homeland, he noted. May it be opposition, traders, industrialists, politicians or any person working in any field, we all have to work with dedication and diligence in order to improve our country and make it a prosperous country, Elahi said.

Pakistan, he said, has given us a lot and now we have to repay it. “We have attained the position of respect and status due to Pakistan. We should not forget the martyrs of Kashmir who illuminated the torch of freedom through their blood. Quaid-e-Azam said that Kashmir is the jugular vein of Pakistan. The time is not far away when Kashmir will become Pakistan InshaAllah,” the chief minister said while paying tributes to those defending the homeland and also to the security forces, police officers and jawans who laid down their lives for the defence and peace of the homeland.

Elahi said that people belonging to every religion live in Pakistan and the minority community has played a pivotal role in the building and progress of Pakistan. “It is our duty to give respect to the minorities,” he said. The chief minister said that he had made many institutions for the special children in his previous tenure and their number will be increased. “I made education free up to matric in my previous tenure and will now make it free up to graduation.”

Pakistan, he said, has won many achievements and laurels in its 75 years history. “Imran Khan won the cricket world cup and Pakistan won many achievements in the field of hockey at the international level. Recently the Pakistani wrestlers and the weight lifters won many medals in the Common Wealth Games. We will make effort and will work even hard to make Pakistan a progressive and prosperous country. We will double the sports facilities in the province,” Elahi said.

The chief minister vowed to make Punjab an exemplary province. “We have good relations with Turkey, China, USA and Iran and the Consul Generals of these countries have come to participate in our Independence Day celebrations for which he thanked them. We will further strengthen the defence of Pakistan collectively. Let’s pledge that we will make our dear homeland a great country,” Elahi said.