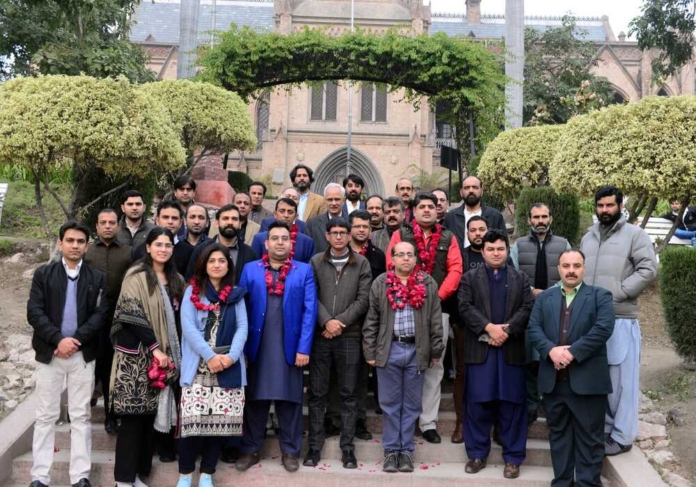 Government College University Vice Chancellor Asghar Zaidi said that the education sector was the backbone of any country’s success and it was as important as the defence of the nation.

The vice chancellor (VC) was speaking at the conclusion ceremony of the Education Reporter’s Association elections 2022.

VC Zaidi congratulated the new body and said, “Journalism is the most important pillar of our nation. I really want to commend the reporters to whom people go with false news and yet they double-check the fact with the authorities.”

The vice chancellor also highlighted the issue of the education budget and said, “For last many years, the education budget is moving in the same bracket, but there is not sufficient increment. A teacher has to take evening courses to manage his home. We need reforms on an emergency basis.”

Zaidi also mentioned his meeting with Chief of Army Staff General Qamar Javed Bajwa that happened earlier and said, “These students are also our soldiers, they fight on the academic front. That meeting was very fruitful and we had a chance to discuss many topics.”

Meanwhile, the newly elected president, Adnan Lodhi, thanked all the participants and said, “This association plays an important role in highlighting the issues that our youth is facing in the education sector and we will be doing the same in the coming year.”

He added, “Education is the basic right of any human being and our government needs to do more than give statements to enhance the quality of education.”