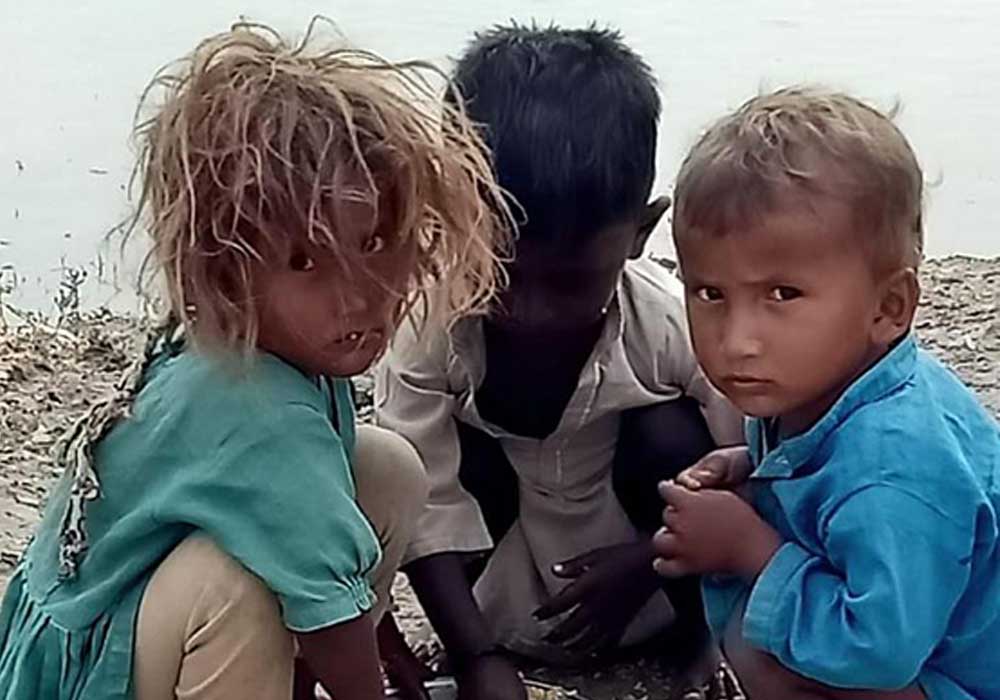 The water level in the Manchar Lake – one of the largest freshwater reserves in Pakistan – receded to some extent on Wednesday while efforts continued to protect ring embankments raised to protect Mehar town from further deluge.

Manchar Lake has been the main source of the threat, compelling authorities to breach its protective dykes and other structures along its paths in an attempt to divert the flow of water towards less populated areas and prevent flooding in densely populated regions.

Mehar Assistant Commissioner, Mohsin Sheikh, said that around 10 to 12 feet of water were still stagnant in the surroundings of Mehar town located in Sindh’s Dadu district. “The water level will decrease gradually and we are trying to strengthen dykes to protect them from breaching or damage,” he added. He said the government was more focused on providing relief goods to affected people in flood-hit areas.

Separately, an official in charge of the irrigation cell for the lake, Sher Mohammad Mallah, said that the water level in Manchar had reduced to 122.2 feet from 122.5 feet – against the full capacity level of 122.8 feet – as the water was now flowing directly into Indus River through the Larkana-Sehwan (LS) bund.

Irrigation engineer Mahesh Kumar said that the water level had witnessed a reduction of one foot in the Indus Canal at Bhan Syedabad and surrounding areas. However, he added that 10-feet-deep water was still stagnant at Mehar’s ring bund.

MNA Sardar Sikandar Ali Rahoupoto said the situation at the ring bund in Dadu was deteriorating due to gusty winds and tides generated in its wake on Tuesday night. But by Wednesday morning, it had returned to normal.

Rahoupoto said that at least 150 villages have been submerged with floodwater in Bhan Syedabad and its surrounding areas.

He said efforts were afoot to protect the city in Sehwan tehsil as floodwater in the area was yet to recede. “Machinery is employed in Syedabad and the work is going on continuously to protect Bhan Syedabad from further inundation.”

Rahoupoto, who had been elected from the area’s NA-233 constituency, said at least seven union councils were flooded in Sehwan tehsil while rescue work was underway.

Sehwan Assistant Commissioner Iqbal Hussain said the locals had been shifted to safer places due to the stagnation of floodwater in villages.

Meanwhile, at least 315 villages in union councils Muradabad, Khudabad and Yaar Muhammad Kalhoro of Dadu have been inundated with floodwater.

On the other hand, the National Disaster Management Authority (NDMA) has advised authorities to stay alert and ensure the timely evacuation of at-risk populations in light of the Flood Forecasting Division (FFD) warning of an increase in flows in Rivers Sutlej, Ravi and Chenab and their associated tributaries and nullahs in Sindh and Punjab on September 17 and 18.

In a flood advisory, the NDMA said the FFD had identified a well-marked low-pressure area over the central parts of Madhya Pradesh in India and forecast that this weather system might affect the upper catchments of eastern rivers – Sutlej, Ravi and Chenab – from September 17-18.

During this period, the advisory said, the flow of water was expected to increase in the three rivers and their tributaries and nullahs.

It advised relevant departments, including provincial disaster management authorities and irrigation departments and district, municipal and city administrations, to forewarn at-risk communities about the possible increase in the flows of water and maintain an enhanced alert level while monitoring the developing situation to reduce reaction and response times.

The authorities were also asked to pre-place rescue teams and equipment for rapid deployment in vulnerable areas, sensitise people living along the banks of the three rivers about the expected increase in water flows and timely evacuate the at-risk population from low-lying and flood-prone areas in line with evacuation plans and the availability of space, food and medicines at shelter camps.

Moreover, the advisory stated that in case of any eventuality, a special situation report or updates should be immediately shared with the NDMA.