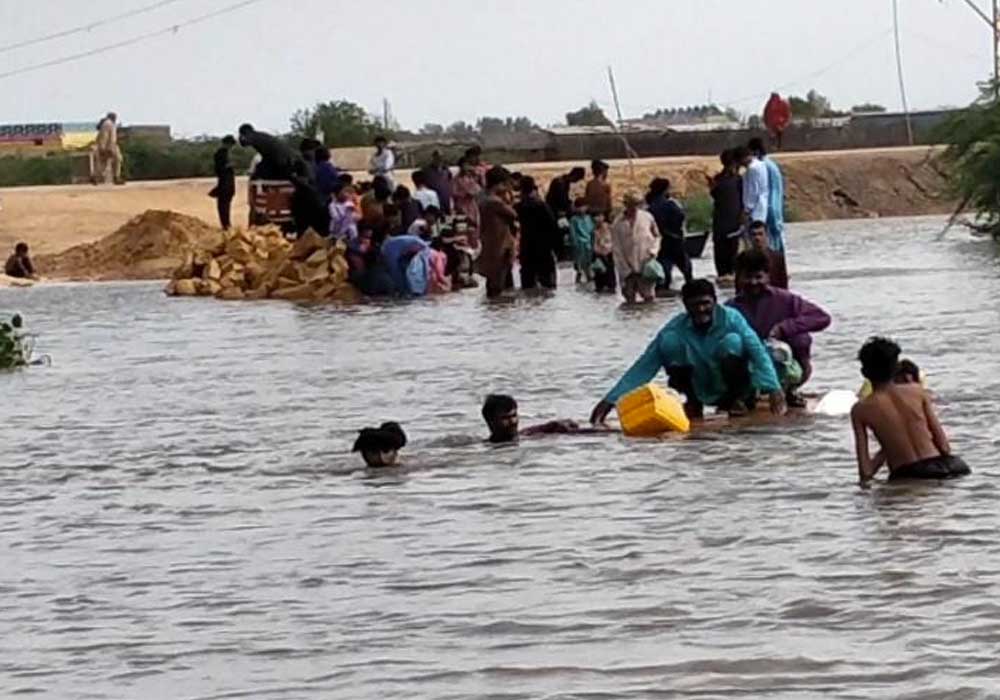 Various areas of different districts of the province were again hit by light to moderate showers during which at least eight persons lost their lives due to electrocution and drowning.

Reports from Hyderabad, Tando Mohammad, Mirpurkhas, Umerkot, Tharparkar, Sanghar, Shaheed Benazirabad, Naushero Feroze, Dadu, Jamshoro and other districts of the province said that four persons, including two women and child, lost their lives in rain-related incidents. Two labourers were electrocuted while working in a house in the Manghopir area of Karachi while four others died of electrocution during the rainfalls in different districts of Sindh.

Two minor children drowned in rainwater in Sana city in Badin town. Two minor boys identified as Shiraz and Farhan drowned in rainwater accumulated in their locality on Monday. The residents of the locality recovered the bodies of the boys. The area people, talking to the media persons, alleged that DC Badin Agha Shahnawaz Pathan and other officials of Sindh had miserably failed to drain out rainwater from their inundated localities of the town.

They held the DC Badin responsible for the deaths of the minor boys. Many low-lying areas of all towns once again came under rainwater due to damaged civic infrastructure. The supply of electricity was also badly affected in most parts of the province.

The chief meteorologist said that heavy downpours are expected in the city from tomorrow night to August 18 He added, however, that rain in the city will remain moderate to light on Monday. There is a possibility of rain continuing in upper Sindh till August 19, the chief meteorologist said. In an earlier press release, the PMD had warned that heavy rains could generate urban flooding in Karachi from August 14-18. A boat carrying eight people capsized in Kandhkot area on Monday in the Katcha area of Indus.