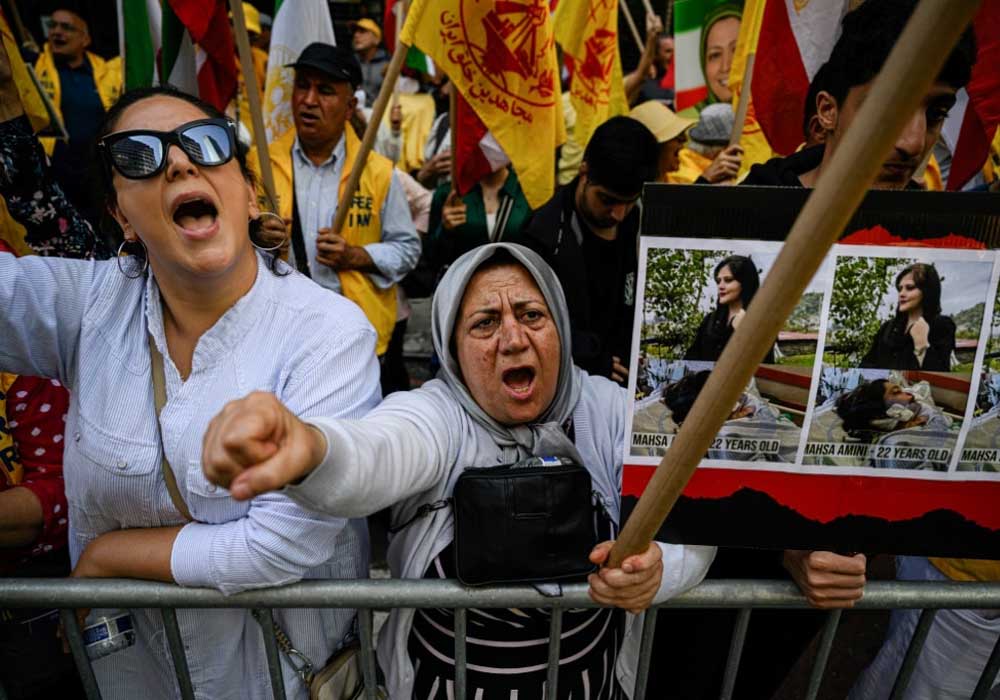 At least eight people have been killed by Wednesday in a crackdown on protests in Iran over the death of Mahsa Amini after the young woman was arrested by morality police, according to a combined toll.

Public anger has flared in the Islamic republic since authorities on Friday announced the death of 22-year-old Amini, who had been held for allegedly wearing a hijab headscarf in an “improper” way.

Activists said the woman, whose Kurdish first name is Jhina, had suffered a fatal blow to the head, a claim denied by officials who have announced an investigation.

Some women demonstrators have defiantly taken off their hijabs and burned them in bonfires or symbolically cut their hair before cheering crowds, video footage spread virally on social media has shown.

“No to the headscarf, no to the turban, yes to freedom and equality!” protesters in Tehran were heard chanting in a rally that has been echoed by solidarity protests abroad, including in New York and Istanbul.

Iranian state media reported on Wednesday that, in a fifth night of street rallies that had spread to 15 cities, police used tear gas and made arrests to disperse crowds of up to 1,000 people.

London-based rights group Article 19 said it was “deeply concerned by reports of the unlawful use of force by Iranian police and security forces” including the use of live ammunition.

“Death to the dictator” and “Woman, life, freedom”, protesters could be heard shouting in video footage that spread beyond Iran, despite online restrictions reported by internet access monitor Netblocks.