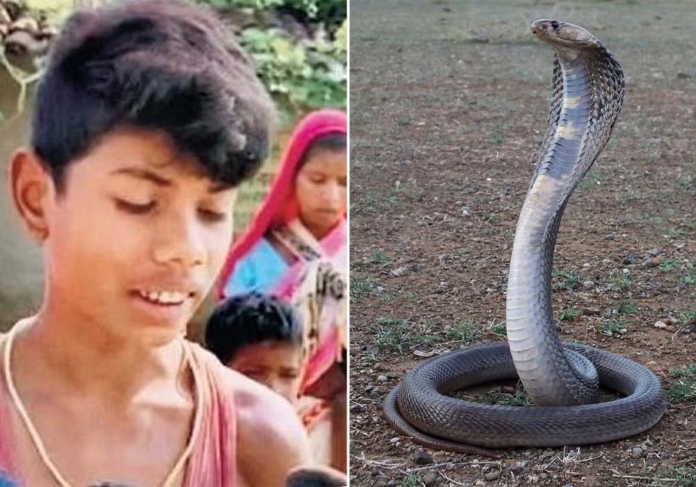 A cobra snake died after an eight-year-old boy from India’s Chhattisgarh state bit it multiple times to his defence after the reptile attacked him.

The 8-year-old boy Deepak was playing in his yard when the cobra attacked him and wrapped itself around his hand.

According to Indian media reports, the snake bit Deepak before it wrapped itself around his hand.

“I was in a lot of pain and shaking my hands so the snake would leave my hand,” Deepak told local media.

“But when it didn’t budge, I bit it twice hard. It all happened in an instant,” he said.

After the strange encounter, Deepak was taken to the hospital and given an anti-venom injection.

According to Dr. Jems Minj, a medical officer, Deepak was kept under observation for the entire day.

As per experts, the boy was fortunate to have received a dry snake bite in which the cobra did not release any venom.

According to reports, the Village started a superstitious belief that biting a snake back when it attacks will decrease the effectiveness of its lethal poison.

Adult snakes, which have complete control over the release of venom from their glands can do dry bites.

Snakes use poison to kill their prey or to defend themselves against dangerous predators however; dry bites are frequently used by snakes to warn or scare off animals rather than to kill them.