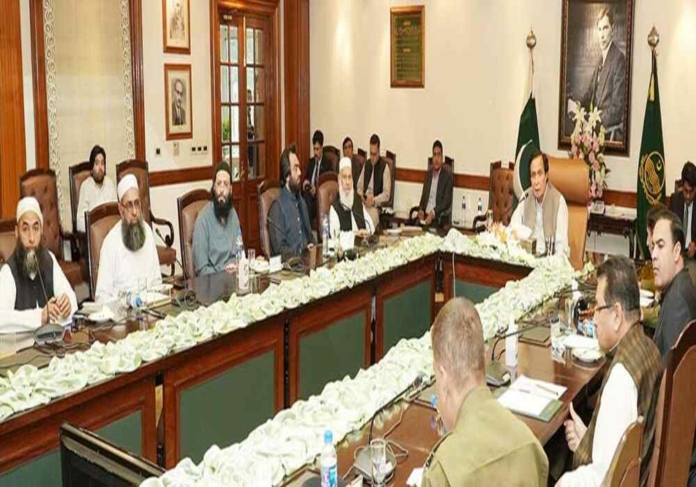 Punjab Chief Minister Chaudhry Parvez Elahi on Tuesday directed the authorities concerned to make the best arrangements for the people coming to attend the annual international tablighi ijtema at Raiwind.

Chairing a meeting at his office to review the arrangements, security plans and other issues, the CM noted that a large number of people from across the globe were attending the annual congregation. He asked the administration to complete arrangements in time while ensuring CCTV surveillance of entry and exit points. For this purpose, more cameras should be installed besides arranging additional patrolling police, he said, and added that the number of wardens should also be increased for a smooth flow of traffic.

The administration and line departments should ensure the implementation of a security plan, along with the best arrangements, while maintaining prompt coordination, he said and directed the secretary Communication & Works and DG LDA to submit a report about repair and maintenance of area roads after completing the job on a priority. Suitable lighting arrangements should also be ensured around the venue including the Raiwind by-pass and WASA should ensure maintaining the effective supply of water for the participants, he said.

The CM also ordered maintaining the best food arrangements for police and other duty officials. The number of Rescue 1122 staff should be increased and special arrangements be made at the Wagah border for the visitors coming from India, he said.

Separately, Elahi approved the introduction of CyberKnife technology in Jinnah Hospital Lahore and Nishtar Hospital Multan to treat cancer and other complex diseases free of cost.

Chairing a meeting, the CM said that doctors would also be trained about the treatment method. The technology will be a major step to facilitate patients as the Punjab government had also included this treatment in the health card programme, he said.

Meanwhile, the government would also deliberate on giving the status of a university to Allama Iqbal Medical College, Lahore, and required legislation would be done after an early decision, he added. CM’s Principal Secretary Muhammad Khan Bhatti, finance secretary, special secretary Specialized Healthcare and Medical Education and others attended the meeting.

Meanwhile, Parvez Elahi, congratulating the newly elected body of the Pakistan Broadcasters Association (PBA), hoped that it would use all its abilities for development of the media industry while playing a vigorous role in solving their problems.