Rules out imposition of governor's rule as assembly is in session 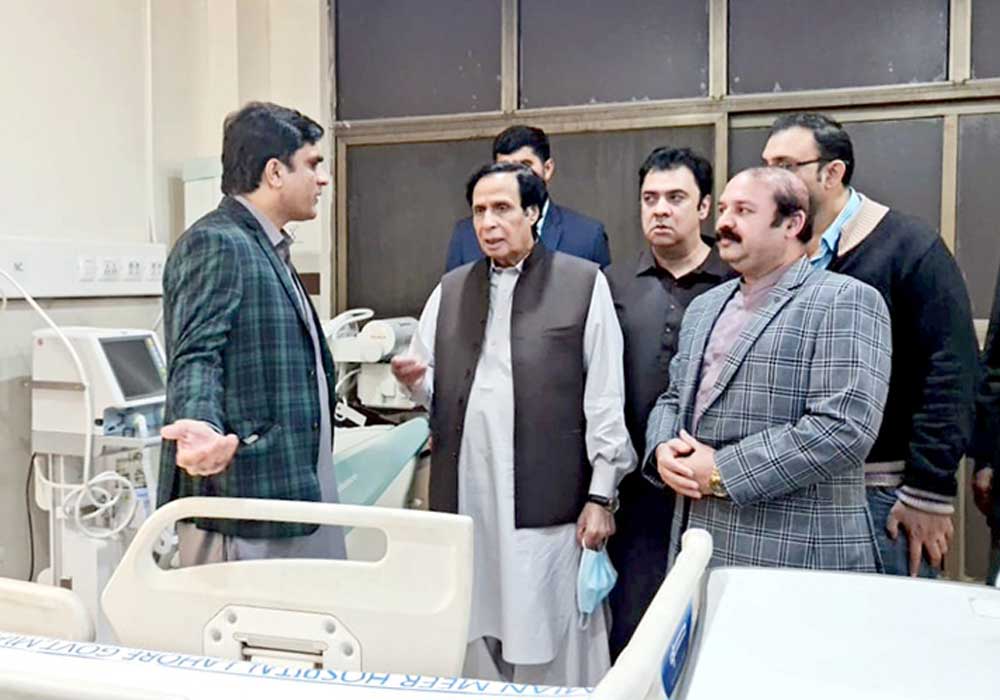 The hospital administration was unaware of the visit and the medical superintendent (MS) reached after the arrival of the CM. The CM visited various wards to review the facilities being provided to the patients. He checked sanitation arrangements and directed to further improve the cleanliness. He also checked attendance of doctors and paramedics, and inspected the beds meant for patients on ventilators.

The chief minister said that the government was providing free medicines to every patient in emergency wards. “The supply of free medicine to patients should continue in Government Mian Mir Hospital too,” he added. He asserted that due to influx of patients, it was necessary to add more beds to the hospital. He asked for a plan to redesign the hospital building as a four-storey structure and said that the shortage of doctors, nurses and paramedics would be met. Qualified staff would be given on a priority basis for ventilator beds, he added.

“Doctors should treat patients with compassion as a sweet word could remove half of the patient’s illness,” he said, and added that all patients should be provided with the best treatment facilities. “I am reviewing the health sector reforms programme and will ensure the provision of quality healthcare facilities,” he concluded.

He also visited Hazrat Mian Mir’s shrine, laid a wreath and prayed for the country’s peace, stability and prosperity.

The CM asserted that they are siding with the chairman of the PTI, Imran Khan, and the Punjab Assembly would be dissolved when Imran Khan wanted. “We are always ready to dissolve the assembly on the instructions of Imran Khan,” he repeated, and pointed out that they enjoyed a majority in the assembly. “The number of Pakistan Tehreek-e-Insaf and Pakistan Muslim League-Quaid members in the Punjab Assembly is 191. The opposition is in the minority and will remain in the minority,” he added. He said that the opposition could only raise slogans. “They can bring the no-confidence motion, which they like. If the assembly is in session, there can be no voting on the no-confidence motion and no vote of confidence. If the assembly is in session, the governor’s rule cannot be imposed,” he explained, and asserted that every job was being done within the scope of the constitution and law.

He said the federal government had made the economy worse. “People are cursing the PDM-led government as Shehbaz Sharif can only beg, and he could beseech well. Even the householders close their doors when a beggar comes to the door to beg repeatedly. Shehbaz Sharif did not give a single penny to the flood victims of Punjab,” the CM regretted, and pointed out that the provincial government had done the resettlement of flood victims with its own resources.

The chief minister assured that the Punjab government would ensure immediate payment of the pending bills of the PBA. He also expressed good wishes for the newly elected PBA chairman and office-bearers. It is hoped that the new body will use all its capabilities for developing the media industry, he concluded.