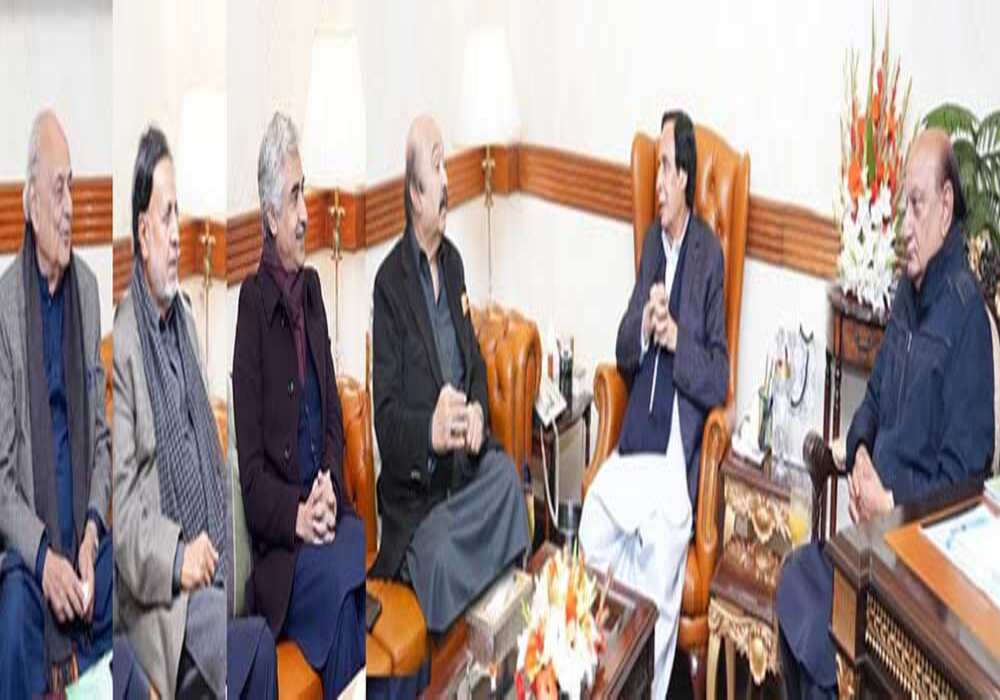 Punjab Chief Minister Chaudhry Parvez Elahi reviewed the notification of Election Commission regarding delimitations of union councils of Punjab during a consultative meeting held at CM office on Saturday.

The participants vehemently remarked that the Punjab government did not accept this one-sided notification of the Election Commission.

The CM stated that the one-sided notification of the Election Commission was an attempt to bulldoze public opinion, adding that the local people and administration had not been included with regard to delimitations of union councils nor any consultations had been made in this regard.

He maintained a legal and a constitutional course would be adopted about the one-sided notification of the Election Commission regarding delimitations of union councils, adding that the Punjab government would play its due role according to the Constitution and law. He underscored that the local government institutions were the nurseries of democracy. He highlighted that the problems of the masses could only be resolved at their doorsteps only through a strong democratic government. CM apprehended that if the delimitations took effect according to one-sided notification than strong local governments could not be formed under any circumstance. The legal and constitutional sides with regard to one-sided notification were also reviewed during the consultative meeting.

The CM while talking on the occasion stated that our intentions are noble and we are moving in the right direction. CM maintained that if intentions are right then Allah Almighty grants help and we attain our destination.CM highlighted that the intentions of PDM people along with their politics are impure adding that the PDM government badly ruined the national economy in a few months. CM denounced that PDM people have put the country at stake for the sake of their fake politics adding that they are playing havoc with the national institutions in order to save their so-called politics. CM stated that the people of Pakistan are castigating the PDM government over their flawed and anti- public welfare policies.CM categorically remarked that all the PDM parties cannot compete with Imran Khan adding that Imran Khan always took decisions by preferring national interests.CM highlighted that the number of ongoing development projects in Punjab have no precedent even in the past ten years. CM outlined that he had made education free up to Matric level during his first tenure and now has made it free up to BA level adding that our every moment is devoted to bring ease among the lives of common people.Faisal Chaudhry remarked that CM Parvez Elahi is rendering commendable services for the well-being of people adding that the spirit of CM Parvez Elahi for the welfare of lawyers community is laudable.Afzal Sahi remarked that the previous golden tenure of CM Parvez Elahi is remembered by the people even to date adding that the Chief Minister has taken solid steps to provide maximum relief to the people of the province in a short span of time even now.

Punjab Chief Minister Chaudhry Parvez Elahi expressed his serious concern over the deaths owing to a mysterious disease in the surrounding area of Rukanpur, Rahim Yar Khan. The chief minister took notice of the incident over the deaths of 12 persons of a single family and sought a report from the health department Secretary and Bahawalpur commissioner over the tragic incident.

The chief minister directed that a team of doctors comprising specialists should visit the area and provide best treatment facilities to the affected persons. CM directed the officials of Health department to monitor the situation continuously. The Chief Minister directed to ensure provision of essential medicines in the special medical camp and undertake all possible measures to prevent the spread of disease any further. The Chief Minister expressed his heartfelt sympathy and condolence with the heirs of the deceased.