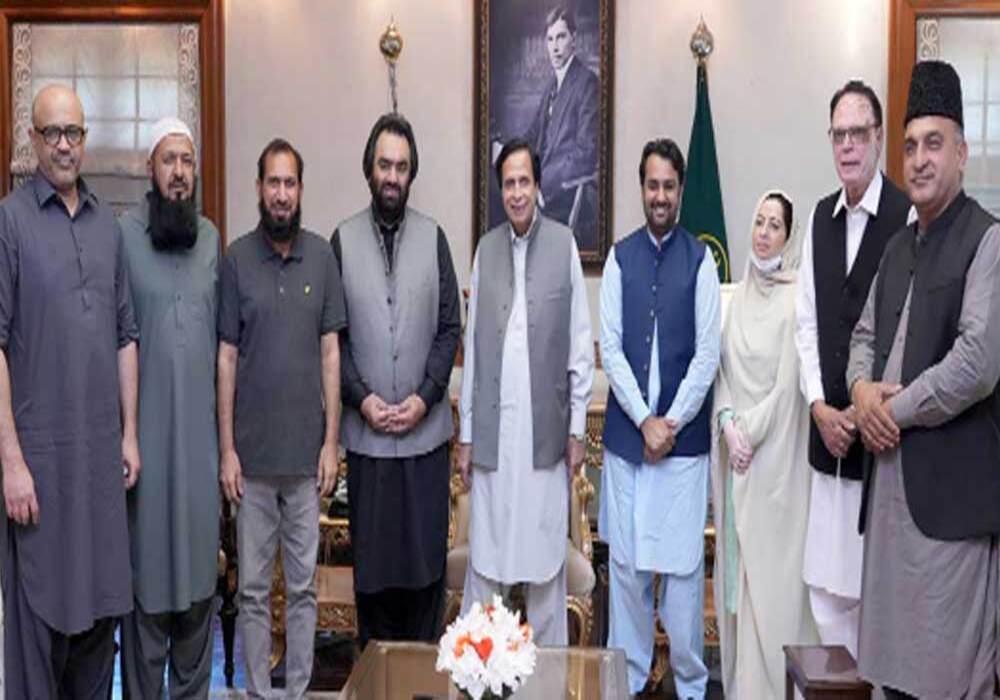 A meeting of the parliamentary party of the Pakistan Muslim League-Quaid (PML-Q) – held under the chair of Punjab Chief Minister Chaudhry Parvez Elahi – reposed full trust in his leadership.

“The parliamentary party stands and will continue to stand with Parvez Elahi,” it vowed, and asserted that Chief Minister Parvez Elahi was their leader and the party stood by him with full parliamentary, political and public strength. The ideal alliance of the PML-Q and the Pakistan Tehreek-e-Insaf (PTI) was delivering to the people under the leadership of CM Parvez Elahi, it noted.

Speaking on the occasion, Elahi said that the PML-Q was united and would remain so. “Together we will advance the journey of serving the people more rapidly,” he vowed, and regretted that rumour mongers were following a specific agenda.

On the other hand, Defence Minister Khawaja Asif said that a change of government in Punjab would bring political stability given the current state of affairs, and also confirmed reports about the federal government flexing muscles for a political change in the province.

Talking to a private TV channel, he said, “Yes, we always have the option of [change of] Punjab government and we will act when we deem it feasible.” When asked whether the change would bring upheaval to existing uncertainty in the country, he replied, “We are working on it politically and the change will bring political stability to this uncertainty.”

Talking about the appointment of the new army chief due in November this year, the defence minister said it was the prerogative of Prime Minister Shehbaz Sharif and the government’s allies would be taken into confidence.

He added that consultations would be made with the institution, and it would forward the names of recommended officers for the new chief. “So far, no consultation has been started,” Asif remarked. He also said that he was not in favour of a “minus-one formula” in politics. PTI Chairman Imran Khan had recently tweeted and blamed the government for “moving on minus-one formula” to remove him from the political arena. Asif said it was not the government’s or politicians’ job to go for such tactics, adding that he personally would not advise it.