Elahi upbeat about defeating PML-N in next elections 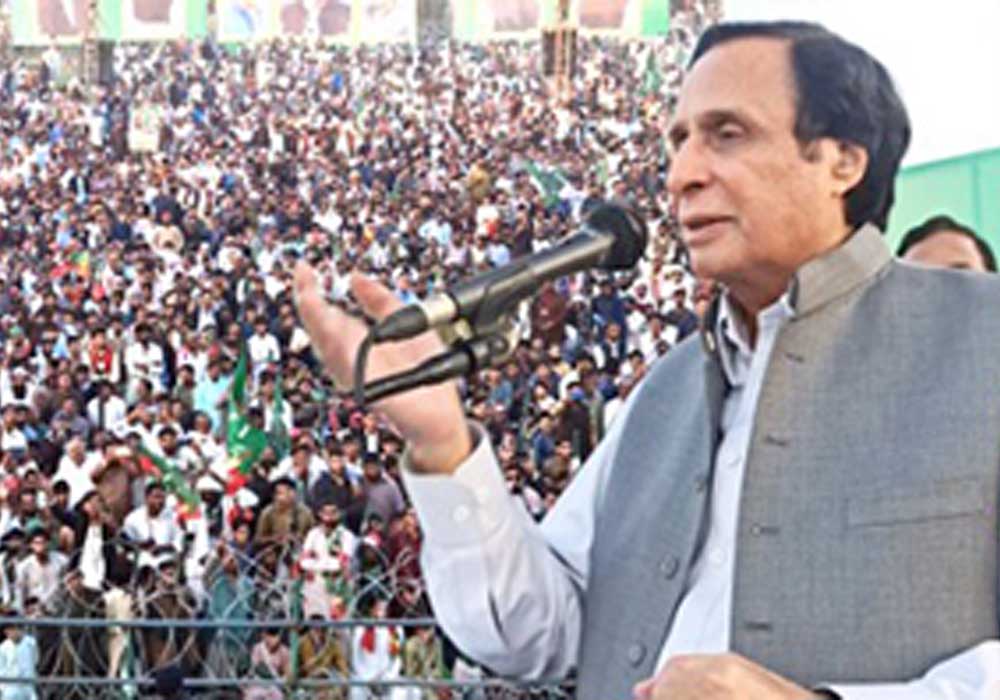 Addressing a public gathering at the Chaudhry Pervez Elahi Stadium Jahanian on Wednesday, the CM said all possible efforts were being made to provide relief to the masses. He said various development projects have been started across the province.

He announced various development projects for the district and also announced ownership rights for residents of “Kachi Abadis” in Jahanian. He said Tehsil Headquarters Hospital Khanewal would be upgraded to 150 beds while a blood bank and labour rooms would also be established.

He added a trauma centre would also be established in Jahanian, while the campus of the Bahauddin Zakariya University would be established at Jahanian and Kacha Khue.

The CM further announced that the Girls Degree College Jahanian would be upgraded and a new Children’s Hospital would be constructed there. He said speedo bus services would be extended to Jahanian and Thatha Sadiqabad for providing transportation facilities to the masses. He said MRI machine would be installed at the DHQ Hospital Khanewal.

He said the motorbike service of Rescue 1122 would be launched soon in Jahanian. He announced Rs200m for the sewerage system in Thatha Sadiqabad, adding that roads would be constructed in PP-209 and PP-210 constituencies. The CM said that 50 water filtration plants would be established in at NA-147.

He announced scholarships for schoolchildren and free solar water pumps for farmers, cultivating less than 12.5 acres.

Meanwhile, the CM heaped praise on Pakistan Tehreek-e-Insaf (PTI) Chairman Imran Khan and vowed to work with him for the welfare of the masses.

“Pakistan will make progress under the leadership of Imran Khan and the green passport will attain respect across the globe.

“We would give such a humiliating defeat to the PML-N that they would never be able to regain ground,” he maintained.

He alleged that PM Shehbaz Sharif and PML-N supremo Nawaz Sharif did not do anything for the well-being of the masses. “Those rulers who come into power to mint money do not get any divine blessings and reward.”