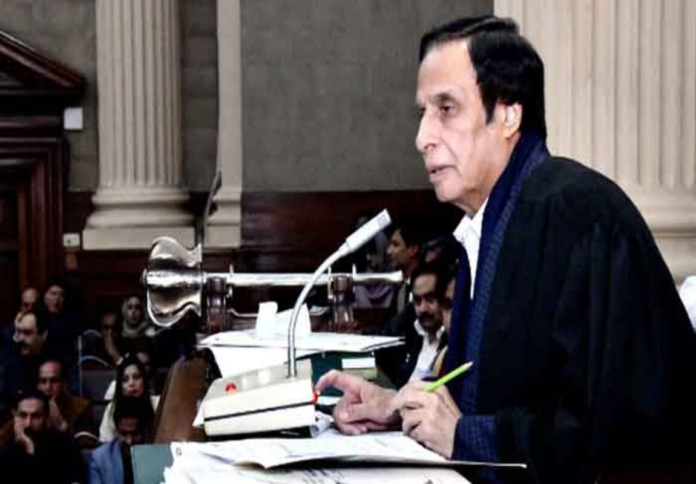 The parallel session of opposition MPAs going on in Punjab Assembly made some amendments in the Rules of Procedures on Tuesday while revoking some legislation done by the government’s session being held at Aiwan-e-Iqbal.

Punjab is passing through an interesting phase these days where two parallel assembly sessions are being held. The government is holding its session at Aiwan-e-Iqbal while the opposition MPAs are seen sitting in the chamber of Punjab Assembly. Speaker Chaudhry Parvez Elahi is chairing the sitting of the opposition MPAs while Deputy Speaker Sardar Dost Muhammad Mazari or Panel of Chairman from PML-N Khalil Tahir Sindhu chairs the session of treasury lawmakers.

The governor of Punjab has termed the session going on at Aiwan-e-Iqbal as a legal sitting while calling the PTI and PML-Q session in Punjab Assembly just a parliamentary meeting. Last week, some legislation was done during the session at Aiwan-e-Iqbal while curtailing the powers of speaker and secretary of Punjab Assembly. It was seen as a setback for Speaker Ch Parvez Elahi and Secretary Muhammad Khan Bhatti, who is considered as a close confidant of Elahi. A bill was passed by the House named The Provincial Assembly of the Punjab Secretariat Service Bill at Aiwan-e-Iqbal.

The said legislation placed the Punjab Assembly under the provincial law department. Through this legislation, the Secretary Law was assigned the task of correspondence with the governor for the summoning and proroguing of assembly sessions legislation. Earlier, secretary assembly used to issue the orders of summoning and proroguing. The powers of secretary assembly were earlier curtailed by issuing an ordinance but later a cover was provided by the House to the ordinance.

Minister for Law and Parliamentary Affairs Malik Ahmad had also said that Speaker Elahi made a person-specific legislation only to empower the secretary of assembly, who is his close aide. On Tuesday, when the MPAs of opposition held the session chaired by Parvez Elahi in Punjab Assembly, they revoked the government’s legislation by once again empowering the secretary assembly to issue the notification for summoning and proroguing the session. The amendments were made in Rules of Procedures of Provincial Assembly of the Punjab 1997 to once again empower the secretary. The amendments were moved by the opposition leader Sabtain Khan.

Earlier, Speaker Elahi suspended the question-hour due to the absence of relevant minister and parliamentary secretary as the government doesn’t own this session of the opposition. Later, the opposition leader, Sabtain Khan, started a debate on constitutional crisis, inflation and the situation of law and order of Punjab.

“The constitution is being bulldozed for last three months in Punjab,” the opposition leader said. He further added that an illegal session is going on at Aiwan-e-Iqbal, which is highly condemnable. Talking about inflation, he said that it has become really difficult for a common man to manage the household expenses in his income. He demanded further debate over this subject.